Is Mandela A Terrorist? 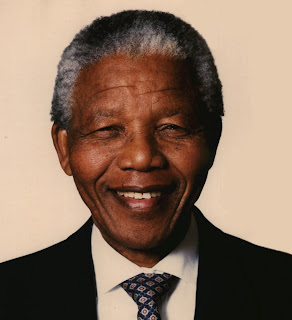 Flash forward to 2008. South Africa is no longer an apartheid regime and openly criticizes Israels policy towards the Palestinians ( a bit of bitting the hand that fed you there). Its most famous political prisoner has been released and actually formed the first free government in South African History. How has the US reacted to the change?

Nelson Mandela though a former president, and a Nobel Peace prize winner sits on the US terror watch list. Each time he enters the country, he needs special permission. According to USA today, Rice told a Senate committee recently, her department has to issue waivers for ANC members to travel to the USA.

"This is a country with which we now have excellent relations, South Africa, but it's frankly a rather embarrassing matter that I still have to waive in my own counterpart, the foreign minister of South Africa, not to mention the great leader Nelson Mandela," Rice said.

Rep. Howard Berman, D-Calif., chairman of the House International Relations Committee, is pushing a bill that would remove current and former ANC leaders from the watch lists. Supporters hope to get it passed before Mandela's 90th birthday July 18.

How magnanimous of the US government, to remove the terrorist tag on Mandela before he turns 90. Globally Mandela is viewed as a visionary, and an emissary of peace. After being imprisoned for 27 years and watching the suffering of his people, Mandela did not call for revenge, no he called for reconciliation and forgiveness. Yet this man sits on a terrorist watch list.

Obviously this is a matter that could have been rectified long ago had the US government chosen to change his status. Maybe it was just a small oversight, after all President Bush at one time declared Mandela dead. Why remove a dead man from a terrorist watch list?