Too Sexy For Prom 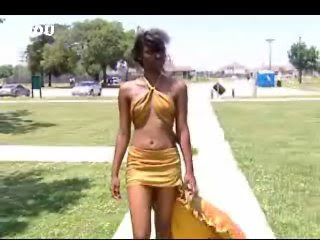 I originally came across this story at Breaking Buzz. Apparently, Madison High school decided that Marche Taylors dress was unacceptable attire for prom. What should have been a night full of dreams, and wonderful memories ended with Ms. Taylor being escorted out in handcuffs. Instead Ms. Taylor will remember this night as the night that patriarchy asserted its control over her body.

Society is continually discipling the female body according to the male gaze. If a man finds attire sexually suggestive it is deemed so regardless of the intent of the wearer. Women have never had autonomous control over our bodies. Instead our dress has been dictated according to a moral code that seeks to control for the purposes of ownership. Had a male arrived at the prom naked from the chest up, would his attire be deemed too sexy for prom?

We have not progressed from the idea that women deserve negative treatment because of the clothing that we wear. Despite the gains of feminism, society still seeks to castigate based on appearance, rather than intent. How many people will view Ms. Taylor attire and say that she got what she was looking for, despite the fact that they have no idea what her true intent was. How many will compare her dress to that of a prostitute?

Ms. Taylor will not remember her prom night as the culmination of years of work, instead it will be remembered as a night in which she was unfairly punished for daring to dress her body as she chose. It will be the night that she remembers that women don't have true agency in this society. The handcuffs will forever symbolize in her memory the colonization of womens bodies, should she ever again be tempted to think that she owns her body.
Posted by Renee at Tuesday, May 13, 2008

It was so unnesscary to handcuff her, ridiculous. Your post is true, even on myspace tons of men are outraged at the dress she wore and are saying that she deserved to get arrested. (where in the law books does it state that someone can be arrested due to the way they dress) and your so correct about if a male had shown up to the prom with no shirt on it wouldn't have been a problem...