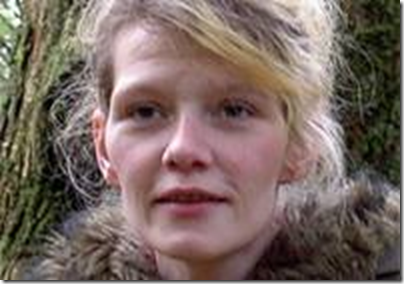 Emma Caldwell's  was strangled and dumped in the woods in May of 2005.  Today the men that were responsible for her death, Huseyin Cobanoglu, 55, from Irvine, Halil Kandil, 34, from Cadder in Glasgow, Abubekir Oncu, 31, from Springboig in Glasgow, and Mustafa Soylemez, 36 , from Glasgow  were released. The Crown has reserved the right to proceed on another occasion.

I am not privy to the details of this particular case but what I will point out is that it seems no matter what region these women live in, what they have in common is that they never seem to get justice.  There always seems to be some reason why their murders, or rapes are not able to be resolved.

This is not at all accidental.  The truth of the matter is because they are prostitutes society has decided that their lives don't matter. There is always some justification as to why their rapes cannot be prosecuted or why their murderers are walking the streets.  We are quicker to lock up people that abuse animals than we are to imprison men that prey upon these vulnerable women.

The deaths of sex trade workers is something that I have yet to see feminism fight against.  It seems that they are only useful as a tool in describing the ways in which patriarchy can use sex to exploit women, but when it comes to the crimes committed against them there is a resounding silence. Feminism is supposed to be about validating women, fighting for our right to live violence free lives, equality, and agency. Why aren't these women accorded this respect?  We rail against patriarchy for its role in diminishing women, but when we refuse to acknowledge the global slaughter of sex trade workers as an attack on all women, we are working in the cause of our own diminishment.  Silence is collusion, silence is the explicit approval of these actions.

When I read about these deaths and I write posts on them, it is my hope to raise the visibility of how far reaching these murders are. They are not restricted to one section of the globe.  So many women go missing daily never to be heard from again. Countless women are raped and brutalized and then they must deal with the futility of  reporting these incidents to the authorities. No one wants to be associated with the Jezebels, forgetting that women turn to prostitution for various reasons. Feminism seeks acknowledgement of the fact  that women constitute a vulnerable class in society, it is hypocritical to not acknowledge the vulnerability of prostitutes. In a world that values masculinity and money what chance do these women have? If we are truly interested in justice we must seek it for all women and not just the loud squeaky wheels that preen in front of the hot lights of the cameras.  These women matter.  They have always mattered.

thanks for this very informative and true post. justice for sex trade workers is most def a feminist issue.

The deaths of sex trade workers is something that I have yet to see feminism fight against. It seems that they are only useful as a tool in describing the ways in which patriarchy can use sex to exploit women, but when it comes to the crimes committed against them there is a resounding silence. Feminism is supposed to be about validating women, fighting for our right to live violence free lives, equality, and agency.

The sad truth of the matter is that feminism has largely devolved into just another tool to control women, except in this case it is the women exerting control rather than the "patriarchy." Modern day feminists have completely forgotten what drove the movement to begin with. What's sadder is that they can't even see that. That is why I no longer consider myself a "feminist."

@Alexa yes the third wavers have betrayed a lot of us, but I am determined to wrestle feminism away from them. It is just to important to walk away from just because some women are selfish enough to believe that their issues are the only issues.

As usual instead of attacking the cause of these atrocities , the innocent is being attacked. You are attacking a union of women that try to make the world a better place for women everywhere for not doing enough.
Well guess what ?
You should be attacking the system that doesn't prosecute the murderers and the men that murdered these women. Instead you attack feminists. Feminists who have done so much good for women. Seems illogical to me but its your blog

@ Anonymous...You clearly are a new reader. I have continually posted about the death of sex trade workers and attacked patriarchy and capitalism as the major causes, however feminism cannot be immune from critique. Feminism should certainly not be immune from criticism either just because we advocate it as a form of political advancement for women. If we did not critique feminism it would still think that it is okay to ignore issues of race, class and sexuality. More can always we be done and we should be aware of that.

I applaud your long-awaited stand against those who consider sex-workers not worthy of protection. In UK, a couple of years ago, a serial killer murdered 5 working girls in Ipswich. I was staggered to see the following quote, which was "boxed" as though it was more worthy than others on the BBC News Page : http://news.bbc.co.uk/1/hi/england/suffolk/6174633.stm

"Every woman is now asking themselves the same question - what if he runs out of prostitutes and starts attacking other women?"
Jean, cashier

This was a statement made seriously by a woman, not a man. What if he runs out of prostitutes ???? I think that says it all. And that the BBC chose to box this comment, and not as a laughable example of how sad most women are, but as a genuine concern.

I worry about people really I do.

@Bevalls I will definitely be following up on the link that you provided. If you come across another other cases please e-mail me. We cannot stop the violence if we don't fight against it with everything that we have. All bodies matter.

If women who are not in the sex trade understood that there are many more similarities between them than they would readily admit, they might become an effective voice for sex trade workers; otherwise they remain estranged from the unconscienable assault against women. From the tantrum throwing adult, to the partner who uses threats, to those who physically assault there is a continuum of cowardice and deeply held insecurities. Violence against one woman is an attack on all women.