To CNN Only Black Men Matter 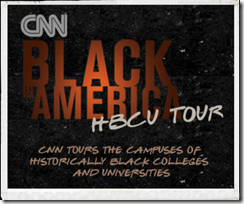 Saturday night I sat down to watch a special on CNN regarding the black community.  I was very excited as the panel was slated to be all African Americans who were to be discussing issues that plague our community.  What quickly became apparent as I watched was that the state of the black male was the primary concern.  It seems black people is a euphemism for black male.  When the hell do black women get to count for something?

In discussing this with L today, (a dear friend) he felt that it was irrelevant that the panel was unbalanced, and that I was taking the whole gender thing to far.  Apparently, "gender is not an issue in everything." The reason I am sharing this commentary with you dear readers, is that I feel it is very reflective of attitudes within the community when it comes to dealing with racism and poverty.  Black women count only when the talk turns to sacrifice.  The black male cannot speak on behalf of the black female because even though we share the same race it effects us differently.  Yes the black male is constructed as a violent criminal rapist, but it is our bodies that are violated.  Until both men and women are equally engaged in the effort to "uplift" the race it will be a failed project.

Throughout almost the entirety of the special there were more black male panelists than female, in fact the ratio was only ever equal for a very short segment. The panel was divided 50/50 on the discussion regarding AIDS which lasted 20 minutes.  Though AIDS is a serious issue, to call it a black womans problem denies the fact that AIDS does not recognize race, class, gender, or sexuality. It is an equal opportunity killer and I resent it being referred to as the "black woman's disease".  AIDS presented this way is just another stigmatizer used to debase the black female.

At the beginning of the show a lot of time was dedicated to pushing marriage and family values.  It seems that they were trying to raise a co-relation between the "break down" of the black family and the problems that are now facing the community.  A return to the patriarchal family may bring with it certain relief for black men, but for women a return to the traditional family means more obligation and servitude.

Constantly the panelist kept saying that though a woman can raise a child alone that she shouldn't have to.  I tend to agree with this statement, however participation in the life of a child should not mandate the continual access to a mothers body, or the benefit of her labour for a lifetime.  Black men need to stand up and care for their children but this does not mean that both parents need to cohabitate to make this happen.  Becoming pregnant by a certain man bonds you for a lifetime as parents, not as lovers and partners.

The series is due to continue on Wednesday with Black Women and The Family.   I would also like to point out that Thursdays episode is called the Black Man.  Notice that the black male has an entire segment dedicated to him whereas women are conflated with family.  While motherhood and child rearing are important events in a womans life they do not make up the totality of our existence, further not all women become mothers.  While this specials aim is raise concern about racism, and the ways in which it impacts our lives, ignoring the different ways in which gender intersects with racism means that the black male will be privileged while once again the black woman is 'othered' through silencing.

It seems to me that white men wouldn't want too many black women on the panel. It exposes the hierarchy too much. Strong black women who actually speak up for themselves and tell their stories will ruin everything. They need a few just for appearances, but heck, they have to be careful.

Being white and male is the thing, right? And being white is a thing and being male is a thing - so white women and black men have their place. But being a black woman? Well, that's no-thing according to the system.

Putting the black woman with the family, which is also relegated to not really being much because it doesn't generate profit, makes perfect sense to white male values.

"All the men are black, all the women are white." Race matters are always taken to be male matters and in designating them as such, the discussion never fully encompasses or integrates the experiences of women. I hate that my experience is meant to be subordinate to that of a man. I hate that when I turn to feminism, again my experience is subordinated to that of white women. Somehow, by being both black and female I am neither the victim of racial or sexual oppression in the eyes of the ones in the know. Yet I find myself consistently subject to a unique mixture of the two that is rarely spoken of or acknowledged by the movements dedicated to ending both.

"Gender is not an issue in everything". That's such a privilege to say and I wish it really were true.

I found it interesting that there were more black males than black females on the panel. I was also taken aback by the fact that they spent only a small amount of time addressing the rise of AIDS in the black community, specifically how it impacts black women. Sheryl Lee Ralph should have been given some more time because she has been going around the country focusing on the issue. Yes, the focus was on black males more, but I also believe that some of the black males in our society need to step up to the plate and do a whole lot better. I found the issue on higher education very telling because as it stands now, there are more black females enrolling in colleges and universities. It basically means that the black male will be relegated to low paying jobs.

i'm NOT surprised at all...you'd think that with all the atrocities happening to black women...that we'd be given some credence and more than just "face time" on these panels/discussions.

as was posted on another blog: "black women have got to stand up for and start loving ourselves and each other...because it's obvious that no one else will..."

Again over reacting, not addressing the issue which was focusing on the black community. I watched the program, I found no gender bias; this was not a program to address the problems of black women feeling unrepresentative on a panel, gave me break- focus on the problem instead of setting up a superficial obstacles.

@Lee no you are not focusing on the "black community" if 75% of the presentation focuses on the problems of black men. Either the "black community" involves black women or it doesn't.
I further resent your assertion that this is a "superficial obstacle" Black women matter and we deserve to have our issues receive the same amount of attention that black males receive. I also noted several other issues of silencing and marginalization other than panel representation that made this special hostile to black women.

I caught the portion yesterday dealing with AIDS and will catch the upcoming sections. How disappointing to hear that the panels weren't gender balanced.

The one woman who had gotten AIDS at 19 and was very glamorous and depicted as an unlikely AIDS victim had an interesting story. I found it odd that she blamed only herself, though. She didn't give all the backstory, but it seemed that she'd been with the guy awhile and had reason to trust him and think they were exclusive. Granted, she should've asked him about test results, but I'd put the blame more squarely on him b/c he knew he was positive and took a chance on her life/health. I wish they'd looked more at that, and how to combat it, as well as urging women to be more self-protective.

So far its seems it's getting bad reviews, I'm very upset about the comment made that aids is a black women's disease. My aunt in which i was never able to meet, died of aids and she acquired it through her "husband" she didn't just wake up and catch the disease. Women and men of every race, culture are dying from aids its a world wide problem.
I will tune in to watch the other 2 episodes.

I noticed that too. There was literally two black women, not including soledad, were on the panel. I thought that was lame. I didn't like how HIV/AIDS was portrayed as the "black woman's disease." WTF was that about?!?!?!?!!!

Нurrah, that's what I was searching for, what a information! present here at this webpage, thanks admin of this web site.