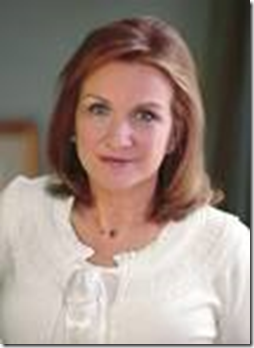 Unless you are living under a rock you know that John Edwards has admitted to having an affair.  CNN has done nothing but cover this "issue" since he confessed to being a lecher.  This affair has been sensationalized by the media, and what should be  private family business, has become an international story.

I could go on and and on about how  someone's sex life is no one else's business. I could talk about the hypocrisy of a nation that regularly participates in extra marital affairs sitting in judgement of John Edwards. I could even comment about a society that regularly sells sex, shaming someone for committing an act that it promotes. All of the aforementioned are extremely relevant, however I believe that what Elizabeth Edwards had to say is indeed what matters the most.

John made a terrible mistake in 2006.  The fact that it is a mistake that many others have made before him did not make it any easier for me to hear when he told me what he had done. But he did tell me. And we began a long and painful process in 2006, a process oddly made somewhat easier with my diagnosis in March of 2007.  This was our private matter, and I frankly wanted it to be private because as painful as it was I did not want to have to play it out on a public stage as well.  Because of a recent string of hurtful and absurd lies in a tabloid publication, because of a picture falsely suggesting that John was spending time with a child it wrongly alleged he had fathered outside our marriage, our private matter could no longer be wholly private.

The pain of the long journey since 2006 was about to be renewed.

John has spoken in a long on-camera interview I hope you watch. Admitting one’s mistakes is a hard thing for anyone to do, and I am proud of the courage John showed by his honesty in the face of shame.  The toll on our family of news helicopters over our house and reporters in our driveway is yet unknown.  But now the truth is out, and the repair work that began in 2006 will continue.  I ask that the public, who expressed concern about the harm John’s conduct has done to us, think also about the real harm that the present voyeurism does and give me and my family the privacy we need at this time.

Yes a private matter which apparently CNN and the rest of the news agencies fail to heed.  Even while repeatedly reading her message on television they continue to dissect this affair as though Edwards had committed a capital offence.  They even have a special investigation unit assigned to this story and Anderson Cooper made sure to report with his most serious facial expression ( you know, the furrowed eye brows, and pursed lips).  It disgusts me to watch as they  portray  her as a woman who should be respected because of her strong political stances, and then callously disregarded her wishes because for these agencies smut peddling equals profit.

On one hand she is presented as the courageous cancer sufferer and the other a poor victim who has been duped. Over and over again the refrain is poor Elizabeth Edwards.  When John admitted to this affair today, it was not news to her. She has chosen to stay in this marriage and her decision should be respected. Elizabeth did not ask for sympathy, nor did she want her private life use as fodder for entertainment, and yet these news anchors have the nerve to say, "poor Elisabeth Edwards."  The family has dealt with it and moved on. The source of todays pain is not Edwards infidelity, but the public shaming and intrusion into their private lives. The media would rather pass the total guilt to John and create him as a monster, however this totally disregards the malevolent approach that they have taken.  At some point this puritanical shaming of sex acts needs to end because it is damaging to the family that is involved. If Elizabeth is a victim at all today it is not because of her choice to stay in this marriage, it is because the media has decided to turn an affair into a three ring circus...how many experts do we need to discuss this anyway? I am sure most people could figure this out without all of the commentary and unnecessary drama.

Enough CNN...Russia invaded Georgia today but you would never have been able to tell from your news coverage.  The world is filled with dicks acting like dicks so as a news consumer I would rather hear about world events than what some man chose to do with his genitals. It certainly had no impact on my life.

I'm just furious with him right now! These guys are so arrogant; it is second-nature to elected politicians.

But yes, I just love Elizabeth, as I felt so deeply for Hillary, and Lee Hart (wife of Gary Hart) who also had children at home to explain things to.

I just wish the media hounds would call off the hunt, now that the fox is up in the tree and all. What else do they WANT??

sadly the spouse cheated upon always suffers even more because of the media coverage.

I couldn't agree with you more! This whole Edwards thing has been bothering me since the blogs started reporting it. It is different for politicians who make other people's sexual behaviour the focus of their politics (hypocrisy need to be exposed, I suppose) - but all this man did was lie the white lies that American political culture demands. There is nothing newsworthy about it.

Well now they are busy slut shaming the woman he slept with. This obsession with other people genitals is ridiculous.

Elizabeth Edwards has more class in her little finger...