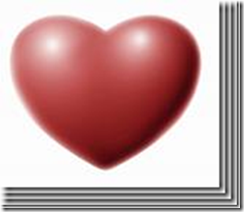 Yes it is once again time for another edition of Link Love.  The following are blog posts or articles that I found interesting this week. Please check them out and feel free to leave your own links behind in the comment section. Nothing like a little blog whoring to start the weekend off right.

Deluxe Vivens Livejournal: It is not coincidental that hip hop has made [email protected]$a the most common noun in popular music but you have almost never heard any certified thug utter the word cracker, ofay, honky, peckerwood, wop, dago, guinea, kike or any other white-oriented epithet. The reason for that is simple: Massa ain't havin it. The word fag, once a commonplace derisive in the music has all but disappeared from hip hop's vocabulary. (Yes, these thugs fear the backlash from white gays too.) And bitch is still allowed with the common understanding that the term is referring to black women. The point is this: debasement of black communities is entirely acceptable “ required even “ by hip hop's predominantly white consumer base.

What Tami Said: Diamond purveyor DeBeers wants you to get your Africa-inspired bling on. The September issue of Elle magazine features the company's diamond pendants shaped like tribal masks. Hmm, let's see...what part of this is most vomitously offensive?

Doing Feminism:  When you’re a feminist, pro-feminist, feminist ally, or even if you sometimes indulge in conversations about feminism, you’re bound to hear something like this:

“Feminists have gone too far; they’re taking away men’s rights.”

“Feminism is oppressive to men!”

“Women have equality, they just want to take away men’s rights!”

… And so go the cries of those who, quite plainly, just don’t get it. Feminism isn’t taking away men’s rights. If feminism is taking anything away, it’s the unfair advantages our sexist world grants men, and boy, those aren’t rights.

abyss2hope: If someone believes there is a rape loophole which makes a particular action legal and that loophole exists only in the enforcement of the law and not in the law itself, that person is making a false statement when they deny that a particular action is rape.

Pizza Divaloa: A woman sets herself on fire rather than submitting to an arranged marriage.

The Black Snob:  Soledad Obrien from CNN represents a problematized body. Though she is light enough to pass for white she claims blackness. Can she truly relate with the struggles of black women of a darker hue given that her skin tone opens to the door to a great amount of privilege?

Rage Against The Man-Machine: I have a little test I apply when I stumble upon something I suspect is sexist or detrimental to women. If it’s media, I imagine that the woman being depicted is a man. If it’s a behavior expected of women, I imagine what a man would say to someone who suggested he do it. It almost never fails: if the switcheroo results in a sense of absurdity, I’ve found some sexist shit. If you think about it, fashion is kind of a catch-22 for women; men get to call us ugly (and therefore virtually worthless) if we don’t contort and torture our bodies in order to fulfill their standard of beauty, then they get to make fun of us for being insane when we do the things required to fit that model.

This is a great idea!

I participated in a meme called Thursday Thirteen. It was great fun. Please drop by, I think you might find my TT somewhat surprising:>).

The further adventures of my local superhero Crimson Paraplegic... this time fighting off the machinations of Dr. Platonic.

From the link to "Doing Feminism":

The only reason (okay, one of a few ridiculous reasons) MRAs and other assholes complain about it is because they want the freedom to “express their masculinity” (read: beat their wives and girlfriends).

Its one thing to disagree with MRAs but to just lump them all in like that (and call them assholes that want to beat and rape their wives no less) is the exact thing some of those complaining men are pointing out.

You know Renee that comment of mine shouldn't be here (I believe it but it's out of line) so feel free to delete it. My apologies.

If that is how you feel then unless you specifically want it deleted I will leave it. I don't think that it is is completely out of line at all.. You have a point about gender esseentialism being applied to men, however I have a tendency to agree with the author when it comes to MRA's I have yet to interact with one I respect of like.

You can leave it but I'm trying to learn keep my frustration in check when it comes to blogging. You have had your experiences with MRAs and thats fine but sometimes when I hear feminists bad mouth them I really wonder how those opinions are formed.

Do they have bad opinions of MRAs because when given the chance to speak they really did get out of line or was it because said feminists have already decided to attack anyone that agrees with them so when MRAs state differing opinions they instantly judge those MRAs as assholes or whatever childish insult they can come up with (all the while acting surprised when they are criticized harshly).

You have a good thing going here and I don't want to dirty that up. I by no means agree with everything you say but your blog does a good job of telling (at least your part) of the black woman's story.

hi renee, im on my way to check these blogs. :)

thanks for dropping by and your comment. happy weekend :)

@Danny...My experiences with MRA's Have been terrible. I have found them full ridiculous claims and that they are especially demeaning to women. If you have a legitimate point to make it can be done without running down a particular group of people. I don't immediately attack anyone however I will not stand idly by and allow the misogynist crap that they spread to go unchallenged. I further find that their mentality is cult like as there is no internal critique within the movement.
Thanks for being a reader here. I encourage you to speak freely. As you know womanist musings is about exchanging ideas. We may not always agree on issues but it is important to consider all angles.

I don't immediately attack anyone however I will not stand idly by and allow the misogynist crap that they spread to go unchallenged.

And thats why I prefer your space here over most of feminist sites I've visited in recent times. In most of them simply disagreeing can get you attacked. And I also find they have the same cult mentality and refusal to acknowledge any critique (internal or external) you see in MRAs.