Halloween Can Sometimes Be More Of A Trick Than A Treat. 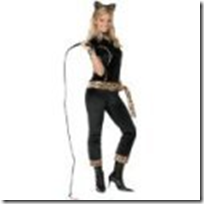 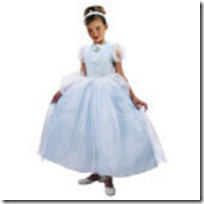 Halloween is one of my favourite times of the year.  For one night you get to step outside of yourself and embrace a different side of your personality.  Unfortunately for girls many of the costumes that are available purposefully reinforce gender norms. Here we see the classic good girl/bad girl binary.  On a night when a woman or a girl could literally become anything, we are offered  more of the same tired cliches that are meant to discipline our bodies and behaviour. 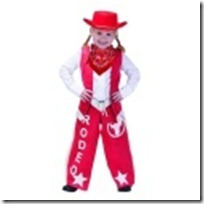 Even when boys and girls are offered the same "type" of role, they are noticeable genderized.  What is it about having a vagina that automatically means that you must declare it the world by wearing a cutesy colour? Of course the little girl cannot have a gun because guns are for "real boys". For a cowboy notices how white her clothing is? She is meant to "play" the role of a cowboy but the boy on the other hand, actually has the possibility of being a believable cowboy.  If both were transferred to a ranch, it is the boy who would immediately be accepted

Along with reinforcing gender norms apparently Halloween is also a perfect holiday for teaching racial appropriation.  It is not enough that we have decided that it is okay to name sport teams after Native tribes, nooo why not take that one step further and decide that we can play Native for the day for fun.  This is the perfect companion to the lie that children will perform at their yearly Thanksgiving celebrations, when schools conveniently omit the truth of the near genocide of Native peoples. 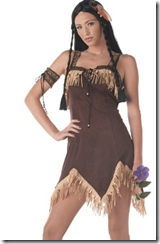 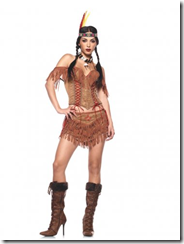 Why not compound racism with sexism.  North Americans have often romanticized the "Native Princess".  She is always a sexualized being who is honoured for her capitulation to whites.  Isn't it wonderful that for one day a year, women will get to slip into the tantalizing role of the  erotocized 'other'.  These costumes are a mockery to the history of abuse, rape and murder that Native Women have been subjected to.  That these costumes are all worn by white women who were comparatively deemed pure and womanly when juxtaposed with the "squaw drudge", makes this cultural cooption that much more awful.

When you go Halloween shopping this year, either for yourself or your child, take the time to think about the message that you are sending with the costume that you choose.  Though this is supposed to be a night of fun, replaying sexist stereotypes or displaying racial privilege by deciding to appropriate the culture of another, is not fun to the bodies that are being targeted.  What message are we sending our children when we teach them that recreating some of the worst aspects of our culture is nothing  but harmless amusement?

I love Halloween and it's always so disappointing to see how there's a disjuncture between boy/girl and men/women costumes, for the exact reasons you listed above. It seems like it's the quintessential time of Othering - anything that's not a white man have to be visually signified by deviating from what a white man wears.

My divinity school's Halloween party last year was one of the best for me - there were a lot of religious joke costumes and being sexy wasn't a necessity for everyone. My male friend (who went as a 80's gym teacher) was showing the most leg out of anyone there.

Here is an ingenious idea: Buy your daughter the boy's costume???

I know thats a difficult concept.

Would it make you feel better if they offered the boy's costume in pink?

And think of it like this, African's and native american's now dress like white people every day...If one day a week I want to wear a feathered head-dress, don't complain or else take off the Levi and Guess jeans and shirts they wear the other 364 days a year.