With yet another election looming in both Canada and the United States much time has been devoted to telling women why it is essential that we vote.  We are continually reminded of the struggles of the women to secure suffrage. 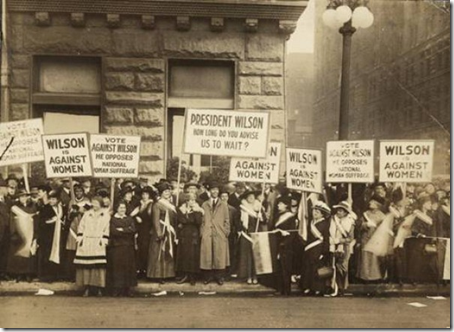 These are "our grandmothers" who put up with endless degradations so that today women may have a stake in how our countries are run. 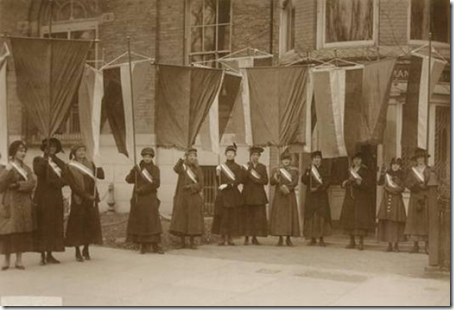 These women bravely faced down patriarchy asserting that women were indeed persons of equal value and rational beings. 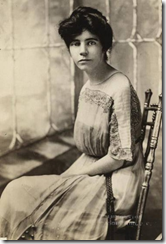 Do you see anything in common about these pictures besides the fact that they are all women?

History teaches us that women got the right to vote in the United States in 1920 and in Canada in 1918.   In Canada there are banners celebrating 90 years of women having the right to vote.  We are expected to be thrilled with this knowledge, and view the opportunity to vote as a celebration of these brave women.

When I read the banner, I thought to myself 90 years for whom? Aboriginal women did not attain the right to vote in 1918.  Similarly Aboriginal women and Black women were not voting in 1920 in the United States either.  Aboriginal women could not vote in Canada without giving up their treaty rights until 1960.

In the US Native women were not even considered citizens until 1924, and did not achieve full voting rights until 1956.  Though technically black women had suffrage in the US as of 1920, it wasn't until the civil rights movement that they were actually able to vote.

We can only celebrate 90 years of women voting  if we accept the idea that white women constitute 'woman'. While I do not wish to belittle the struggle of the suffragists, I take issue with the idea that their activism benefited all women equally. By not remembering that WOC continued to be disenfranchised long after white women were voting, we are participating in revisionist history that eliminates the ways in which racism created a hierarchy in the category of 'woman'.  The suffragist may have claimed to be fighting for all women, but in fact they were seeking to elevate the status of white women to match that of white males.  What happened to WOC was of little concern to them.

Avoiding the issue of racism in relation to suffrage makes it seem as though racism is irrelevant.  Racism may not matter to bodies that operate with privilege in this world, but to WOC, race plays a significant role in limiting our life chances.  On Oct 14th I will  vote.  I am able to do this not because a white woman fought for my rights, but because someone who looked very much like me continued to soldier on in the belief that WOC were and are the equal of not only white men but white women.

Sad, but true, and important to remember. Thank-you for this post, Renee.

I sometimes feel my voice does not matter in this voting system but I have the right so I have to vote!

Here is a timeline:
http://www.dpsinfo.com/women/history/timeline.html
and here is the text of the amendment:
The right of citizens of the United States to vote shall not be denied or abridged by the United States or by any State on account of sex. Congress shall have power to enforce this article by appropriate legislation.

Now, I have no doubt that as a practical matter, both black men and women were effectively disenfranchised in large numbers until the civil rights movements of the 60's and I know that disenfranchisement continues today albeit with somewhat different methods than in the past.

@Anon I did say that women had the right to vote but that black women could not vote until after the civil rights movement. If a law is not enforceable it might as well not be law.

having read some of the original suffragette papers which I cannot link to because they were not online...a lot of the commentary was what today we could call blatant racism towards POC. They certainly did not see granting rights to us as a goal. Equality was something that they wanted with white men and not to uplift WOC, which is why you will note that the movement was a segregated one.

this is a really great post. made me think long and hard -- and i plan to keep thinking. thanks for smacking me gently with my privilege.

Great post Renee. As I was looking at the pictures, I was thinking in my head "they are all white." And, low and behold, your follow up analysis reveals the 'white privilege' that not only 'colored' suffrage, but that still shapes the way we view voting rights.