Yes it's blog whoring Saturday.  Leave your links behind in the comment section. I want to know what you have been reading or writing.

Posts I came across and liked:

No one understood why I took my wife's last name

Dick Pound Is Not A Racist

A Butler Well Served By This Election

Are we still at the oppression olympics 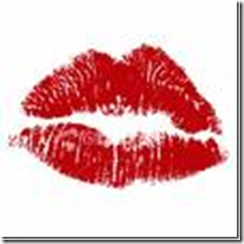 but I like this post on my other blog the most out of all my posts this week:

The dramatic story of my door being vandalized (twice)! http://buthereweare.blogspot.com/2008/11/why-obama-stays-on-my-door.html

I think that is my favorite story so far...

I just read an excellent post at Indybay.org called

Okay since you asked for a link:

(This is a discussion about the complicated issues that exist between descendants of African slaves in America and Africans who remained in their homeland.)

"The Dangers of Cosmetic Equality"
http://blackwomenblowthetrumpet.blogspot.com/2008/09/dangers-of-cosmetic-equality.html

Thanks for linking me, Renee!

I already gave the link to Pam's post yesterday, which I still think is important for everyone to read, but I will give another one to uppitybrownwoman, even though it is a month old. It should be read again and again, especially in light of what has happened in the last week:

I wish I had this to hand out to some women in Arab-Jewish dialogue groups I was involved with years ago, but gave up on because I couldn't take some of my Jewish sisters constantly complaining and even breaking out in tears because they were hurt that the Arab women made them feel guilty to be racist. Some of the worst privilege I ever witnessed in my life. (Sorry I can't make the link live; I grew up in an age where electric typewriters were revolutionary!)

And thank you, uppitybrownwoman, for calling out Islamophobia on your blog. The U.S. election campaign has been a national disgrace on this issue, without nearly a satisfactory response from the Obama campaign or his supporters on this. I am still angry it took someone like Colin Powell to finally, days before the election, call bullshit on it.

OMFG, just when you think they couldn't be any more clever in framing their racism - here is one I just came across to singe your hair. This is for any assaholic ("liberal" and conservative) out there who bleats that we are now witnessing a post-racial America:

Notice this is one of top 100 talk shows in America.

I open my blog with a full on rant against hospitals. Our local one has really gotten to me, so I will continue this theme, perhaps with less swear words and less anger later on. (Mom is in hospital with gout/infected foot) My full on bias comes through, so be forewarned if you are of the medical professions and head there.

Oh good gaia, that birth link. It brought back this memory.

I was a patient advocate/midwife/doula, and this brought back memories of me trying to stop my just met medicaid patient from being birth raped. (I was on a charity list for unattended women given birth) The woman labored without drugs and was leaning against the wall(she was healthy baby was healthy). Doctor came in and said he needed to check her cervix. She said she couldn't move and he took her in the middle of contraction, threw her on the bed, and shoved his ungloved fingers without lube into her. I started yelling at him and he had security come and remove me from the delivery room. I felt so horrible, I couldn't do a damn thing for my client.

I am starting to discover when bloggers say trigger warning, it's usually for good reason.

I was listening to Maya Angelou tell Larry King that she loved being an American.

(As a Canadian, you may not understand why.)

Hi Renee-
This post is a little old, newswise, but the issues of race and the McCain campaign might still interest your readers. As always, enjoying your insights and learning something w/every post.... cvh
http://authenticorganizations.com/harquail/2008/10/28/mccain-campaign-exploits-the-race-of-their-hired-help/
www.AuthenticOrganizations.com