The Root Just Had To Mess With Obama 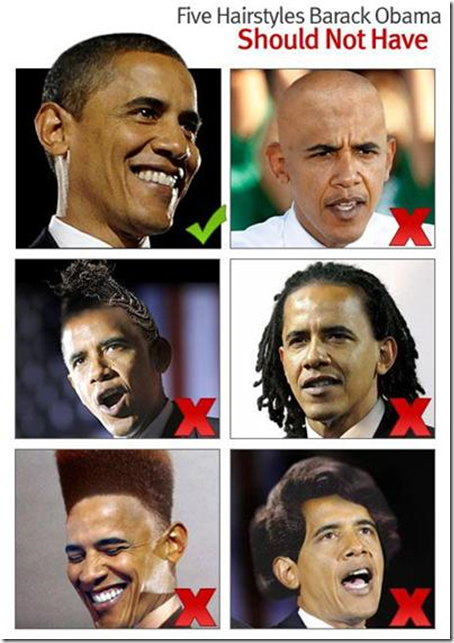 So I stopped by The Root to read  Rebecca Walker's blog,  and this is foolishness I am greeted with on the front page. Do I really have to say that this isn't funny, or even a little bit cool.  When you have people that are organizing on facebook for an impeachment, setting fires, and hanging nooses it is certainly supportive to portray Obama, THE FIRST BLACK PRESIDENT like this on a black blog?

After Barack worked so hard to send a message of inclusiveness, while putting up with continual racist attacks, JIM FESTANTE posts images of Obama that include almost all of the racial stereotypes that have been associated with black males.  Presented this way it looks like he is another jive nigger on the make, instead of the leader of the free fucking world.

BLACK PEOPLE STOP SABOTAGING US. God damn, seriously. Can you not be satisfied with the blacks that play sambo for pay without adding that image to a man like Obama?  The world is looking to Obama to present a new image and you in your wisdom decide, nah fuck that lets shuck and jive for a laugh,  When The Root goes wrong the smell is more stank than bad milk in a July heat wave.

I... actually don't think any of these look really terrible. All they need is some minor styling to fit his face better.

So... how ARE black people supposed to do their hair? Almost-but-not-quite shaved? I guess JC Penny's might be willing to "do" black hair then.

A) Obama with dreds might actually look very awesome...except it'd never happen (I had to say it)

B) This is just silly and I'm not fully understanding the concept...was this supposed to be positive?

I had to laugh..and actually, I think he looks quite handsome with the dreds...I never would have imagined that myself.

I guess it's supposed to be in the spirit of humor. I think it more makes fun of the type of people that would consider those hairstyles "subversive", because they look "too black.", rather than it being a mockery of Obama himself.
I do wonder sometimes though - as a people must we always make fun of EVERYTHING about ourselves?

Wow that shit is NOT funny at all! This madness needs to stop!