It first started with the release of these pictures. 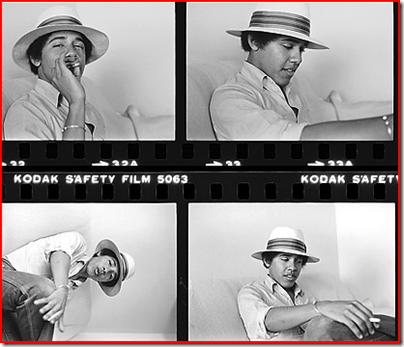 Look how young and hot he is. Young mack daddy, Mr.Cool.  The droolfest that went on when these never before seen photos were released actually bordered on the ridiculous.  I specifically hate the top left photo with the cigarette, as it plays upon the "cool" hypersexual masculinity that is often attached to black men.

The media is intent upon sexualizing him. 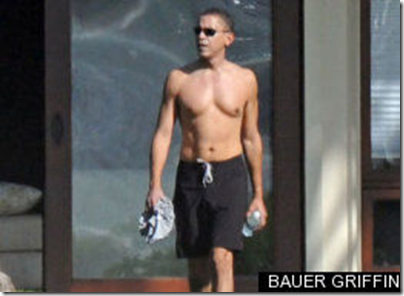 This image has been all over the internet and splayed across our television screens by the major networks.  President Elect hottie they tell us.  It amazes me how quickly the media decided that it is acceptable to sexualize the President of The United States the minute he is a black man.

There is a tendency to sexualize people of colour regardless of their achievements.  It is meant to remind us that regardless of our successes in life that we still constitute people of  little value.  Barack is the next President and his body is still quickly constructed for the satisfaction of others.

There are various world leaders including past presidents who have had active sexual liaisons while president, prime minister etc and yet their bodies are not reduced in this way.  White male sexuality is never seen as hyper sexual, no matter how aggressive, or arrogant the male in question is. Hyper sexual white male behaviour is deemed being "one of the boys" and natural.  Barack removes his shirt to go swimming with his family, and suddenly he is President Elect hottie.

This is debasement because of the ways in which we have constructed sex.  If we socially viewed sex as a natural beautiful celebration, instead of animal like, shame filled behaviour, the connection of Barack with sexuality would not be reductive.  It is further problematic that this reduction is racialized.  What we view as sexy when it comes to black men comes from the idea that they should be performing for the pleasure of others and not from a sexuality that is based in reciprocity.  It is based upon this that the white run media feels that it is has the right to consume his body despite his direct wishes to the contrary.

It seems that now that it is official and he is President, whiteness must come to terms with the outcome of the election in such a way as to continue to assert power over bodies colour.  A reduction of Barack tells those of us that are still struggling to see the mountain top, that the peak is not our destination.  We must travel onward if we are to dismantle that which seeks to remove our human dignity.