Black Men Take Off The Dress

Reading the commentary on the article I wrote about Medea another issue reared its ugly head. What is up with the black male fascination of playing black women? We are told that this is done in homage to our great strength.  In actuality these women are ridiculous caricatures of black women. 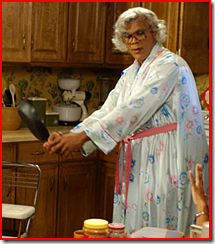 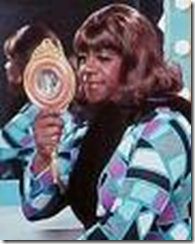 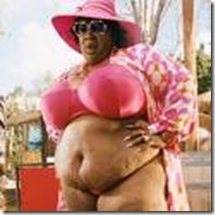 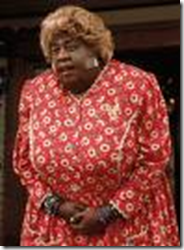 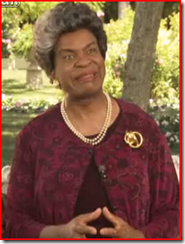 These women are always purposefully obtuse even though we are meant to believe that they are sharing pearls of wisdom with the world.  Our first response is to laugh, because after all this meant to be comedy, righteous satire.  When black women are routinely portrayed as obese, coarse buffoons it ceases to be comedy and instead stands for a reflection of the ways in which we are understood by black males.   What can be positive about the above display?

I would bet money that these same men, who love to wear frocks for comedy would absolutely loose their mind to see a white man dressed in black face.  They would deem that racist and therefore demeaning, but what is their performance  but a genderized minstrel show?  When one group is routinely the butt of the joke, they are being laughed at and not laughed with.

Black men often view the world through a lens of race and class because these are the factors that work to stigmatize them.  What they routinely fail to see are the ways in which they can be the oppressor by engaging in sexism.  The shared race between black women and black men is used to justify this kind of genderized minstrel show.

The behaviour of black men in the genderized minstrel show legitimizes the work of Charles Knipp, who performs Shirley Q Liquor.  Kripp takes the diminishment of black women to new heights with his portrayal of Liquor and her 19 chiren.   It is offensive on many levels.  There is no difference between the the shows Kripp performs and the crass stereotypes acted out by Perry et al.  They are all meant to show the world that black women are of little value and therefore can function as comedy.

Perry has repeatedly said that Medea is a tribute to the black women in his life. If this is meant to be honour; a woman that shoots guns at people, cannot control her temper, and is constantly in trouble with the law, what would be considered a debasement?  Black men cannot continue to engage in such purposeful character assassination and then expect black women to stand beside them in solidarity.

The genderized minstrel show is the perfect example of the ways in which race and gender intersect.  It is the visible representation of the oppressed becoming the oppressor.  What black men who perform the minstrel show fail to understand is that the same power that allows them to demean women in this manner is what allows whiteness to perform racist acts.  One ism supports and maintains  another   If black men wish to be seen as whole beings,  worthy of respect they need to begin by supporting and respecting black women.