One of the messages that we are constantly told is that we can shop our way to redemption.  Today many product are somehow "greened", or a percentage of the profits are aimed at fixing imbalance. Somehow it is believed that the exploitative capitalist economy will undo some of the damage it has caused globally.  This approach is the Bono model to guilt free consumption.

It seems that almost every single industry is attempting to clean up its image to make itself more palatable.  We want to consume and we want to exploit we just want to do so in ways that are not as visibly obvious.  Call it living in denial.  Clearly the porn industry can fall under the extreme end of exploitation, when it is not an active part on the part of participants or when it actively chooses to present images that are dehumanizing.  It is not a simply matter of what get you off as much as it is why certain images get you off.

The following images are sexual in nature and are not safe for work. 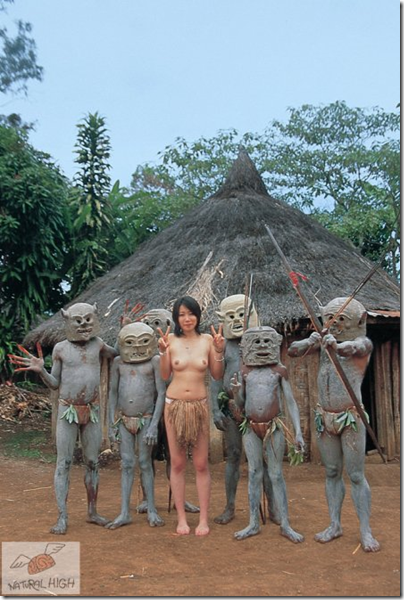 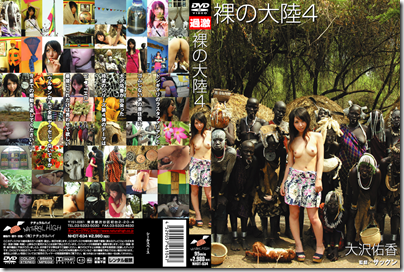 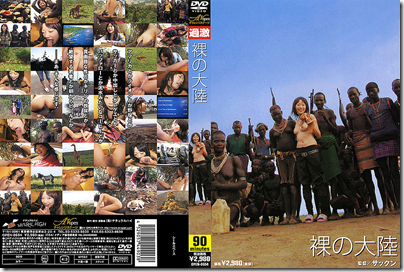 You are supposed to feel relief because the men that are being employed to work as "studs" are receiving income that they otherwise would not have had.  We just won't focus on the fact that a choice in constrained circumstances isn't necessarily a choice.  While I wish to believe in the activeness of bodies that we have constructed as docile, this does raise many problematic issues.  At what point do we say that the potential for exploitation mitigates the degree of free will any one individual possess?

For their performance the producer, Sakkun. gave a Kenyan aid organization one million yen (around $10, 800 U.S.) and 1,000 more (currently about $10.77 U.S.) is donated for every DVD sold  Does this feel like a "win win" situation for all involved? The company makes profit and an aid agency gets badly needed funds.

It all seems to work just fine if you ignore the fact that it constructs Africa as the land of unevolved savages waiting to sexually consume women.  It's harmless if you ignore the exoitifcation of African black bodies for western consumption, and finally that every industry can be made positive by throwing a few scraps from the table.

H/T Sociological Images via an email from Kimberly