The Black Church Needs To Start Practicing Some Love

I followed a tweet to Blackvoices where I was to find a statement by ordained minister Clifton Davis.  It immediately caught my attention because I have been following is career for a very long time. 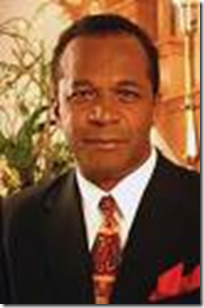 "It seems as though gay lifestyle has become commonplace. I have nothing against someone who is gay. They have the freedom to live their life, but in the house of God -- although He loves them in their sin -- He wants them out of it. I love my gay friends, but I would rather see them walk in accordance with the Word of God...and I sure don't want to see women kissing [women] on the air. I'm offended by it."

I would like to know what the obsession is with the mighty black church and homosexuality.  For years all that can be heard is  the perils of sin.  I wonder how many sinless days the good reverend Davis has had?  Does he honour the Sabbath day and always keep it holy?  If he is so concerned with sexual sin why did he have no problem kissing a woman that was not his wife on national television?  One need only have a lustful thought to have committed adultery and he went as far as to kiss a woman...in fact it occurred on several occasions.  Should we all be praying for his sinning ass?  Should we all be disturbed by his "lifestyle choices".  In a word HYPOCRITE.

While ministers in the black church speak about how offended they are by homosexuality what they are forgetting is that this an expression of love.  Even if the bible viewed this as sin which I am not convinced that it does, it is a sin based in love which is far better than all of the sins most commit on a daily basis. God/Goddess commanded that we should love one another.  Where is this mans love for others?  He is to busy sitting in judgement when the bible clearly states judge not least ye be judged.

I am not a theologian, though I have attended enough church services to last me a life time.  I cannot quote masses of scripture, but I do believe that the one message that God/Goddess wants us to internalize is love.  Imagine a world where love instead of hatred where the primary driving force.  Imagine a world where we willingly put others above ourselves.  I am tired of these men and women of God using religion to promote their hatred.  Their ministry is the perversion and not the love shared by the gay and lesbian community.