The Cure For Fatness 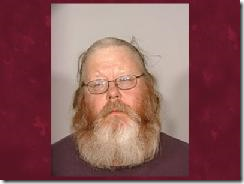 Robert Blue allegedly chained his daughter to a bed for two days because he wanted her to lose weight.  He chained her up to keep her out of the kitchen after he discovered that she weighed 165 pounds and not the 140 pounds that he desired.  He is currently facing felony child abuse and endangerment and false imprisonment with a deadly weapon charges, according to Clark County court records.

This is clearly a case of child abuse based in fat hatred.  As a parent Robert Blue existed with the power to realize his phobias on his daughter and due to the fact that both anti-fat sentiments and authoritarian style parenting are regularly encouraged by our culture, in his mind such behaviour was not only warranted but necessary.

When we combine his behaviour with the fact that the person who he chose to oppress is female, we add a specifically gendered element to his crimes.  Socially women are often valued for their appearance over and above intelligence, talent and skill.  Parents often don't realize the message that they are sending by only praising their daughters physical appearance.  In our gendered society it seems natural to tell a little girl that she is pretty rather than smart.

When a child fails to live up to the impossible standard that we have set for her, quite often social discipline to conform to idealized body standards will occur.  While what Blue did was definitely an extreme example of the ways in which we push our daughters to maintain their weight and dress in clothes deemed fashionable, this kind of coercion is by no means rare.

We view fat bodies as not only unhealthy but highly unattractive.  Airbrushing pictures of celebrities to trim away so called excess fact and flaws is a common practice.  Bulimia and Anorexia continue to be experienced largely by women; thus confirming that our desire to privilege certain types of bodies is damaging.  Blue thought his daughter was unworthy because of her weight.  The association of value and physical appearance is reaffirmed continually by what bodies we deemed beautiful in the media.  To be fat is to be invisible.

The ironic part is that at 165 pounds, depending on height, his daughter was not necessarily fat.  We have come to view underweight as the norm and look at women who are a size 12-16 as fat.  Our views of what a healthy weight is have become so skewed in our desire to escape the label of fat. Very few want to be associated with a label that infers that they are lazy, unkept, dumb and ugly.

It is my hope that Blue will be made to serve a long prison sentence for what he did to his daughter, but we should all be aware of the ways in which we are culpable of the crime that occurred.  Nothing happens in a vacuum and we have taught Blue over a lifetime the ways in which he should view the world.  Until we start to value all bodies regardless of size, fat hatred will continue to be an issue in our society.  The size of the body is not an indicator of worth; strength of  character is.