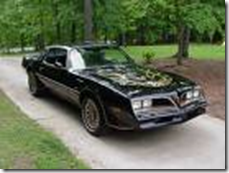 Believe it or not, I actually sat all the way through Clint Eastwoods latest flick, Grand Torino.  I walked away learning that the white mans burden continues to this day.  The most honourable thing a white man can do is lay down his life to teach the savages how to be human beings.  This was the overriding theme of this movie.

Throughout the film Eastwoods character kept referring to the visible minorities as spics, chinks, gooks, and niggers, all while he demanded to be addressed with respect.  It seems that only whiteness deserves to be acknowledged as human and not referenced by a racial epithet.  I continuously marvelled how Eastwoods character was able to assume such a position of superiority based solely in race and have this premise accepted by every single person of colour that he interacted with.

I'm sure that Eastwood felt that he was showing Spike Lee a thing or two about diversity, but all he really succeeded in doing was perpetuating social constructions associated with bodies of colour. The one time that blacks appeared they were gang members threatening violence to a young woman.  I assume that it would have stretched the imagination too far to show black men going to school, striving for an education, or daring to dream of a better world.

The majority of the film centres around his interaction with an Hmong family. To him they are the eternal other.  His whiteness makes him more American than them  Their traditions, and their culture, are treated like some odd freak show that invaded his precious space.   His, lawn, his car, and his gun come to represent an America that is white and hyper masculine.  It is this America that must be defended from the evil slant eyed savages that dare to share his neighbourhood.

We watch as the foreigners encroach upon him.  Somehow despite his struggles our shining white knight manages to retain his dignity. We are meant to view Eastwoods character as an honourable man.  When he begins one gun toting incident at a time,  to school his foreign neighbours on how to become civilized, we are meant to feel relief that someone has taken on this difficult task. Difference can certainly not be allowed to survive in the land of the red white and blue.

It seems that the white mans burden lives on - Grand Torino is the perfect example of how it translates to the modern world.  Even as he is denigrating their culture, hurling racist epithets, and threatening them with guns, Eastwood is our hero.  His whiteness allows his clearly anti-social racist behaviour to be acceptable to all.  Had a person of colour behaved in the same manner as Eastwood, they would have been declared a criminal and not a hero.  This is the beauty of whiteness, it has the ability to construct  most actions as in the service of the greater good, simply because whiteness is understood as a state of perfection.

I know that there are those that will say that this is "just" a movie; however it is in the places that we refer to as "just" that culture, beliefs, and ideas, are created.  The media is an agent of socialization. It reinforces pre existing beliefs as well as creates social norms.  Movies like Grand Torino serve to perpetuate the idea that it is the white mans burden to bring order to this world.  It glosses over the fact that often times in the name of so-called civilization bodies of colour have been colonized into a state of annihilation.

Grand Torino fails on may levels to make the larger connections between racism and poverty.   It simply presents whiteness as the cure for the social evils of capitalism, racism, poverty and violence.  This movie is not about interrogation, it is about ensuring that the discourse of the violent savage lives on.  As long as this model continues to exist we can never hope to reach a state of post racial state.  A black man may be president, but whiteness continues in its rule.