If Only That Black Friend Were Real Instead Of Imaginary 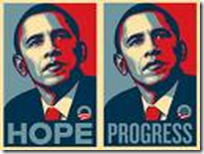 Well folks the countdown is on to the most historic inauguration in US history. Though Obama is not the descendant of slaves, the blackness of his skin cannot be denied.  This is more than the ordinary changing of the guards that occurs every 4 to 8 years, this will hopefully lead to the post racial world that many have been proclaiming since his historic victory.  Even as a Canadian, I am awed at the prospect of living in a world wherein my blackness is no longer a mark of inferiority.

Whiteness has traditionally run not only the government but all paths that lead to power in the US.  With the inauguration of Barack Obama new doors have been opened to people of colour that were previously closed. This forces whites who were used to excluding blacks, to suddenly include us in their power and alliance meetings and posh dinner parties. Imagine that, blacks at a top Washington party and for the first time we are not the hired help.

For many this is going to be a struggle, as they will be forced to prove the openness and inclusivity that they have often talked about, but seldom practiced.  As they search anxiously for someone they have met vaguely to function as their  race neutral credential card, they might want to consider rentanegro.com

Before anyone takes the massive leap that I am being overly snarky I suggest you take a look at an article entitled DC's  social scene now mixes black and  white.

Certain hosts are suddenly grappling with a new reality: They need some black friends. Overnight, black politicians, lawyers and journalists are hot properties, receiving engraved invitations from people they never got invitations from before.

Isn't that nice, engraved invitations when before blackness would have meant either no invitation, or being handed the keys to put cars into valet parking.  You know what, I am snarky about this, because for so long whiteness has stood on its head to sell the lie about how equal everyone is since the civil rights movement.  We were directed to ignore the ways in which many neighbourhoods remain segregated;  perhaps having black person move into your neighbourhood will mean that you will decide to keep your house instead of fleeing to an even more exclusive suburb now that black stock has risen just a little bit.  The over representation of blacks in prisons was due to innate criminality instead of a justice system that is skewed towards whiteness and class.  No matter how chaste a black woman is our bodies were always deemed available for sexual advances.  Our children are falling behind in education only to be conned into the military, and many know all to well the truth of the saying last hired first fired. 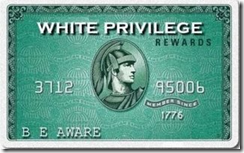 to buy friendships that it has purposefully chosen not to cultivate for decades.  What these elites may not realize is that we have become accustomed to negotiating whiteness in ways that allow us to deconstruct motive.  These pandering elites do not see  that Obama called for unity, not for buying your way into legitimacy.  Seeking a black associate to appear open and progressive is the exact opposite of the message that Barack is promoting.   Renting A Negro for a night simply means that you have the class and race privilege to once again control your environment without radically changing your belief system.

We are well aware when we are being used as the "representational Negro" and no amount of fancy invitations or high priced cocktail parties, are going to take the sting out of the falseness of this inclusion.  Relationships started in dishonesty are not relationships.  We are no longer slaves and our person cannot be purchased in this way.

Inclusivity must come from a firm belief that all people are created equal and any other starting point is just going to lead to a perpetuation of the social hierarchy we already have in place. So whip out that AMEX card if you must, but understand that you are not purchasing loyalty or friendship, your are purchasing a figurehead to your own unacknowledged racism.