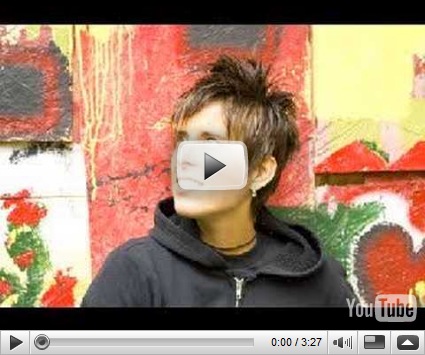 The transcript is below the fold.

So, I teach in a preschool. Hehe… I make a goddamn difference, now what about you. That’s one point I had to make before I read this poem. The second point is, I usually have hair that is much much shorter than this. That’s all you need to know.

“Are you a boy or a girl?” he asks, staring up at me in all three feet of his pudding face grandeur, and I say “Dylan, you’ve been in this class for three years and you still don’t know if I’m a boy or a girl?” And he says “Uh-uh.” And I say “Well, at this point, I don’t really think it matters, do you?” And he says “Uhhhm, no. Can I have a push on the swing?” And this happens every day. It’s a tidal wave of kindergarten curiosity rushing straight for the rocks of me, whatever I am.

And the class, when we discuss the Milky Way galaxy, the orbit of the Sun around the Earth… or whatever. Jupiter, Saturn, Mars, and kids, do you know that some of the stars we see when we look up in the sky are so far away, they’ve already burned out? What do you think of that? Timmy? “Umm… my mom says that even though you got hairs that grow from your legs, and the hairs on your head grow short and poky, and that you smell really bad, like my dad, that you’re a girl.” “Thank you, Timmy.”

And so it goes. On the playground, she peers up at me from behind her pink power puff sunglasses and then asks, “Do you have a boyfriend?” And I say no, and she says “Oh, do you have a girlfriend?” And I say “No, but if by some miracle, twenty years from now, I ever finally do, then I’ll definitely bring her by to meet you. How’s that?” “Okay. Can I have a push on the swing?”

And that’s the thing. They don’t care. They don’t care. Us, on the other hand… My father sitting across the table at Christmas dinner, gritting his teeth over his still-full plate, his appetite raped away by the intrusion of my haircut, “What were you thinking? You used to be such a pretty girl!” Frat boys, drunken, screaming, leaning out of the windows of their daddys’ SUVs, “Hey! Are you a faggot or a dyke?” And I wonder what would happen if I met up with them in the middle of the night.

Then of course there’s always the somehow not-quite-bright enough fluorescent light of the public restroom, “Sir! Sir, do you realize this is the ladies’ room?” “Yes, ma’am, I do, it’s just that I didn’t feel comfortable sticking this tampon up my penis in the men’s room.”

But the best, the best is always the mother at the market, sticking up her nose while pushing aside her daughter’s wide eyes, whispering “Don’t stare, it’s rude.” And I want to say, “Listen, lady, the only rude thing I see is your paranoid parental hand pushing aside the best education on self that little girl’s ever gonna get, living with your Maybelline lipstick after hips and pedi kiwi, vanilla-smelling beauty; so why don’t you take your pinks and blues, your boy-girl rules and shove them in that car with your fucking issue of Cosmo, because tomorrow, I stop my day with twenty-eight miles and I know a hell of a lot more than you. And if I show up in a pink frilly dress, those kids won’t love me any more, or less.”