Who Has The Good Hair?

From the moment little black girls realize that unlike their white sisters they are not viewed as princesses,  and instead represent the undesirable, and the ugly, hair becomes an issue.  Next to our dark skin, hair represents the most discernable marker of difference.  Our lives are spent trying to tame it into submission rather than glorifying in the things that it can do.  Our natural hair we are told is ugly, untameable, and generally perceived as a marker of savagery.  No other part of the body is more racialized or politicized than the hair on our head.

“When Chris Rock’s daughter, Lola, came up to him crying and asked, “Daddy, how come I don’t have good hair?” the bewildered comic committed himself to search the ends of the earth and the depths of black culture to find out who had put that question into his little girl’s head! 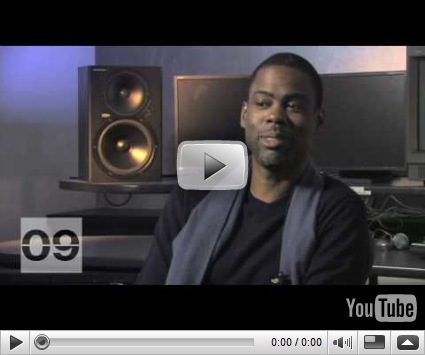 Black women spend an exorbitant amount of money on our hair and the activities we participate in often reflect how we feel the texture of our hair will be impacted.   Ever wonder why so many black women cannot swim? Blame the hair. Its care is ritualized and often the first relaxer is seen as a right of passage.

Much like loving ourselves, loving our hair takes work.   Socially, despite how progressive we claim to be, whiteness is still held up as the ideal and in a world where much of feminine power derives from beauty. The ugly black woman meme is emotionally damaging.  The black woman is considered the anti-woman, our femininity is continually denied.

Rock and executive producer Nelson George discover what black women have known for a long time.; the “bad hair” association with black women fulfills the purpose of maintaining a race hierarchy, is sexist, and allows capitalism to profit.

“It’s this whole thing about approval. That approval is not simply, `I want white people to love me.’ It’s like, `I need a job. I want to move forward, and if I have a hairstyle that is somewhat intimidating, that’s going to stop me from moving forward,’” said Nelson George, executive producer of “Good Hair.“

The key in the above quote is that a hairstyle that is “intimidating”. Blackness is seen as a threat, and this is precisely because of the desire by whiteness to maintain its unearned privilege.   If we are taught to hate ourselves and then in turn internalize this message, we will never view ourselves as worthy of human respect.

Even those that claim to embrace black beauty often take the position that we are the exotic “other”, a freak fetish that can be played with for pleasure.   The constant scrutiny of our appearance  from the racialization to the exotification ensures that blackness is continually under discipline.  We do not exist with the power to shape our image and therefore it is always viewed through the lens of the oppressor.

If we come to love whiteness or are forced to conform to Eurocentric ideals, we remain a colonized people in a so-called free state.   Whiteness portrays blackness as radical or angry as though we have no right to these emotions.  We are presented to the world as childlike and irrational in the face of a history of some of the worst crimes against humanity.  Mockery is meant to cause us to reject the legitimacy of our emotions and continue in a pointless effort to search for white approval.  If we are constantly seeking legitimacy we are distracted from understanding the ways in which power functions.

Whiteness fears retribution.  Though they have written the history books in their favour, the knowledge of past and present day crimes continues to reverberate throughout society.   When they claim to fear blackness, it is a fear that the situation will reverse itself and that we will achieve the power to oppress in the same manner as them. Our anger and hurt is mocked for fear that one day it will be realized.   Conversely, even though whiteness is infused with power their anger and their fear are somehow deemed not only rational but legitimate.  We are forever accused of existing with racial bias as though whiteness does not act with malice and forethought in its own defence.

Even though Rock supports his daughter and expresses his love, he is unable to shelter her from the damage that whiteness inflicts upon the psyche.   She, like all children must enter the world and thereby discover that despite the protective shield of love that her parents have wrapped around her, that she is one of the unlovable.  Whiteness can never embrace us, or love us because to do so would dismantle the web of privilege that has been centuries in the making.

I have often been accused of hating on whitey, and have been called a racist.  I refuse to submit to whiteness and allow it to continue to run rough shod over my life as though my happiness and my being are immaterial.  No matter the physicality of our bodies  we remain the silenced, the denied and the shamed in a society that has the nerve to declare itself post racial.

Rocks little girl has inherited the legacy of social inferiority from her mothers womb.  It is the curse we pass to all of our children, despite our love and support.  Though she may grow in grace and beauty, to whiteness she will always be a body to be disciplined out of fear.  Her blackness will continually represent a threat to power and it is for this reason that black children are daily traumatized and racialized by the white majority.   Despite her class privilege, her race will cause her to grow beyond her years, as she begins to grapple with what it means to be black and female in a world where goodness and worth is conflated with whiteness.