Did Kathryn Johnston Really Get Justice? 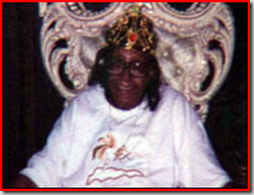 92 year old Kathryn Johnston met her end when Georgia police carried out a no knock warrant based on spurious information on her premises looking for drugs and in the process shooting her 6 times.  Can you imagine peacefully sitting in your home of 17 years only to have police come crashing through your front door dressed in paramilitary clothing, pointing weapons at you?  The so-called war on drugs has actually been the legal basis for the police to go to war on blacks.  It is racist in its  implementation; from who gets targeted, to the sentencing in the criminal justice system. Blacks have been the subject of the war on drugs started by Ronald Reagan.   Kathryn Johnston is just one of many people who have had their lives either prematurely ended or found themselves unfairly incarcerated.

In what is a common chain of events, the police upon realizing that they had committed murder attempted to cover up their actions.  They falsely placed drugs on the premises and falsified events.

“It is my fervent hope the Atlanta Police Department will take to heart what has happened here,” U.S. District Judge Julie Carnes said. After conducting an emotional two-day hearing, Carnes sentenced former officers Gregg Junnier, Jason R. Smith and Arthur Bruce Tesler to between five and 10 years in prison.

Ten years for planting evidence, lying under oath, obtaining a warrant under false pretences, and murdering Kathryn Johnston, does this really seem like justice to you?  We are told that it is and I suppose if we consider that it is a rarity for a white man to be convicted of violence against a black woman we should feel some sort of relief however, I believe that Johnston was worth more than that.   Note that ten years is the maximum sentence and not all defendants will have to serve that; in fact because there is no parole system in the federal court system it is possible that these men will serve 15% less time if they perform “good behaviour” in prison.

What is the life of a black woman really worth?   These men had no compunction when they spread marijuana throughout her home because they trusted in their status as authority figures and their race and gender to protect them.  Though they were convicted, I cannot help but wonder what the difference would have been if these had been black police officers and the woman that was shot was an elderly white grandmother.   It is already clear from sentencing differentials that blacks get longer sentences for the same crimes committed by whites.   To the criminal justice system Kathryn Jonhston was worth not more than 10 years in prison and the reimbursement of the 8100 dollars that it cost to bury her.

White men have a history of particularly brutal violence against black women.  Our multiple skin tones to this day bear evidence of the brutality that has been our lifes lot.  We are the ultimate ‘unwoman’; our bodies are deemed unrapeable and therefore we are not considered to exist with the ability to be violated.  The realities of the intersection of race, class and gender play out in our lives leaving us at the bottom of all social hierarchies.