Motherhood Needs To Be A Choice 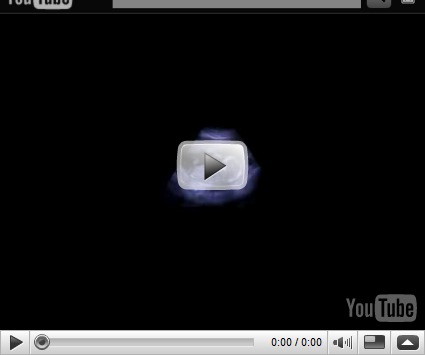 For those unable to view video, the above is a portrayal of Obama as a fetus.  It highlights the fact that he is the child of a single mother and still managed to become the first African American president of the United States.

This video is disgusting on many levels.  CatholoicVote.org wants us to think about the capabilities and or possibilities of the children that have not been born.  What these fundies fail to realize is that Barack was a wanted and loved child.  His mother struggled but she invested in him.  A parent that is forced to raise a child that they do not want will not take the time to nurture, and guide a child towards success in life.

While life is precious, quality of life is equally as important.  These pro birth people give little thought as to what kind of life they would be sentencing these “children” to.   A life of poverty is not pleasant, yet they are more than willing to sentence these “children” to that.  Schools are clearly failing and yet there is no rallying cry amongst these pro life groups to focus on education.

As much as this commercial is meant to show possibilities, it fails to take into account that simply breathing does not amount to a successful life.   As a mother of two I can attest to the fact that daily Mayhem and Destruction demand great amounts of my time.  When these children fall through the cracks, socially we blame the mother and we do not look at the ways in which we have failed said child.

This pro birth movement is not about the children, it is about punishing women for having the nerve to have teh sex.   You will notice that most of these organizations are extremely opposed to birth control as well.  They would have us all be a quiverfull society, yet as the case of Ms.Suleman clearly highlights, if there is the smallest indication that a mother will be dependent on the state to fulfill her parental obligations, the protest becomes hateful and anti woman.

Like any other role taken on by women, motherhood is highly disciplined.  Often there are different rules across class and race but all stand to ensure that women are forever second guessing their decisions under the watchful eye of patriarchy. Though every child is conceived with a father, no such social mandates exist for men.   Fathers are given a free pass when they neglect their children to pursue their aspirations as masculinity is defined by the ability to provide; whereas a woman is expected to abandon all at the first shrill scream of an infant.

Make no mistake the pro life movement is about two things: control and power.  It is genderized to ensure that women continue to be a slave to our biology thus sentencing us to a life wherein our ability to conceive necessarily damns us to the pink ghetto.  Patriarchy does not want us to to pursue our desires; they will tolerate no challenge to their historical authority.  The message is wrapped in guilt and shame and as womens right increasingly come under attack, it becomes that much more important for us to demand that women be allowed to decide for ourselves when and if a child has a role to play in our lives.

Without the ability to choose, a child becomes nothing more than a sentence to poverty or possibly a threat to the mother with the high risks involved in back ally abortions.  It is time we challenge these people to have the courage of their convictions.  If indeed their desire is to protect children we must demand that they begin to act in their behalf.  It is at that time I believe that we will witness the true hypocrisy of these organizations.