It seems that you have decided to reject our good faith offer for Obama.  We were kind enough to offer you maple syrup, Tim Hortons Coffee, the province of Alberta and two free skating lessons.  I do believe that this offer was more than generous.

It seems since I decided to reveal our secret invasion plans you have gone on the counter attack.  It seems that you have forgotten what happened to Washington in the war of 1812.   Sending Bush into our peaceful, beaver loving commonwealth is a declaration of war.  We Canadians shall not take this attack on our sovereignty peacefully.

I know that your heads have been filled with the bumbling Dudley Do Right, but you would be wise to notice that even in what I can only assume to be a B.C pot stupor, he always got his man.  Rocky and Bullwinkle have been recalled from Commander Tom, and the attack beavers have gone on Deathcon 5.  In case you doubt the power of the beaver, here is a small taste of what awaits you. 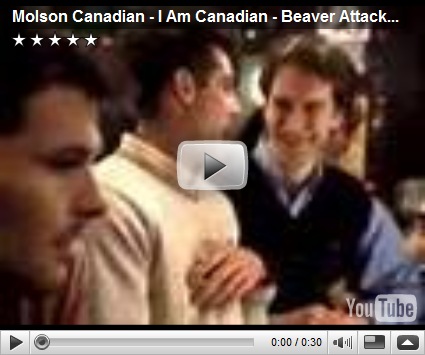 Ha ha victory shall be ours!! We may have failed in our efforts to ruin Hollywood with  our William Shatner implant, but we shall not be deterred.  We are fully prepared to dress Don Cherry in normal clothing and send him south.  Before you know it, your whining about Europeans will involve more than freedom fries.

Resistance is futile.  You know that you want to say eh.  Go on say it… Eh, Eh , Eh.  I understand that you chose Alberta because you thought that we were weak there, but seriously my Yankee brothers, is George Bush the best that you could come up with in your invasion plans?  Even in our igloos we wear shoes and he shall be repelled forcefully.

Our Loons are majestic creatures but they are not afraid to do fly by poopies to defend the red and white.  They are on our money for a reason.  You’re feeling the fear now aren’t you?  Didn’t know what you were missing with did ya?  That’s right Americans, you better grab your tukes, cause it’s on like Donkey kong. One sip of our beer and you shall be stumbling around blindly.  The only thing you will see by the dawns early light is a can of Canadian whop ass! 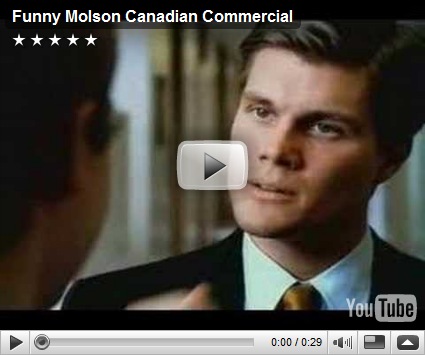