Passion For Christ and Self Denial

I came across a website entitled Passion for Christ and on there they had the following video and testimony posted.

You have likely seen the Ex-Series T-shirts.  There have been sightings of Ex-Atheists, Ex-Hustlers, and Ex-Slaves.  Now, this is the most bold ministry launched by the Passion for Christ Movement, but it might also be the most necessary.  We have among our number a sister who is an Ex-Homosexual and she's been led by God to reach out to those still in bondage to that lifestyle.

With that, we have launched the Ex-Homosexual ministry.  Listen to Larell as she explains why. 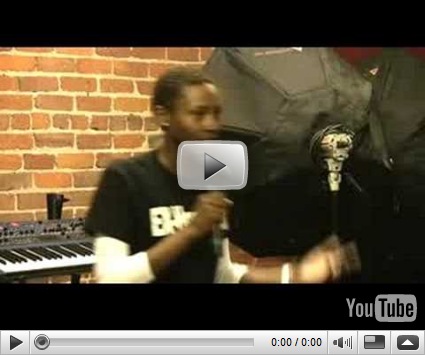 Despite claims by Larell that she is happy in her new “chosen”  life she looks positively miserable to me.  The whole ex gay movement is terribly damaging.  As she stood their crying for having hurt people because she was is  a lesbian, I could not help but wonder what about her pain, what about her needs.  Anyone that is hurt by your sexuality is not only small minded, but completely selfish.

Larell believes that she is testifying about the power of Christ, when in fact she is a living breathing witness of just how damaging homophobia can be.  We often think about homophobia manifesting in terms of hate crimes, or  employment/housing  discrimination however internalized hatred is perhaps the most dangerous.

Though I may be a straight woman, I have seen the ways in which internalized hatred has damaged African Americans.  Being gay or lesbian is not something that anyone can change, and what women like Larell are doing is denying the core of who they are for the acceptance others. African Americans are no more homophobic than other group but there are many within the black church who actively work hard to promote heterosexist privilege, hiding their bigotry behind religion.  In their Sunday best they are no different than the hate groups that attack blacks.

Religion in and of itself is not bad; having a firm and abiding belief in something larger than yourself can bring a sense of order and peace to this chaotic unbalanced world however, twisting this faith to exclude others to promote undeserved privilege is an affront to the very message of peace and tolerance promoted by Christianity.  I often wonder if Jesus himself would recognize the people that do hatred and harm is his name as belonging to him.  If we are to believe the scriptures that we are all created in his image, each and every single one of us is precious and a purposeful creation of God.