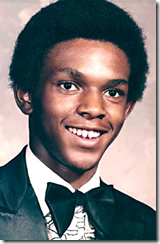 This weekend I learned about the case of Timothy Cole.   He was recently exonerated post humously for the 1985 rape of Texas Tech sophomore Michele Mallin.  Reading over the facts of the case, what is quite evident is that neither the police or the District Attorneys office were interested in justice.

He was identified as the suspect in this brutal rape even though he was asthmatic and the rapist was a chain smoker.  He also had a very solid alibi but the testimony of the victim was given more weight than those that saw Cole studying in his room on the night of the event.

In all fairness Mallin could not have made her identification had he not been pointed out by the detectives investigating the case however, for the black community this will stand as one more time when one of our sons has been made to pay with their lives to redeem a white woman.  In 1985, Cole had his whole life in front of him and it was cut brutally short by an incorrect victim I.D.

The Cole family has been remarkably forgiving and has embraced Mallin.  There are those that believe that this should simply be a natural outcome of this case however, what they fail to consider, is the relationship between white women, black men, violence and death.  In this incident there does not appear to have been any malicious intent on the part of Malin however, the black community has had to witness the brutal murder of their sons time and time again to the false claims of white women.

There are very few blacks that are not  still  disturbed by what happened to Emmett Till.  To this day, images of this young boy who died for allegedly 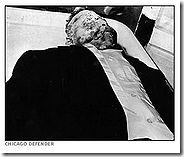 whistling at a white woman continue to haunt us and serve as a reminder of the threat that we face.  While it would be nice to simply brush this off as just another case of police misconduct, to the black community it is yet one more reminder of why we must teach our children how to interact with whiteness.  Learning to not be noticed, speak in a measured tone, and avoid suspicion can be the tools that will ultimately save your life.

There have been many incidents in which white women have falsely accused black men to cover for sexual behaviour that they willingly participated in,  with the full knowledge that they would be believed regardless of what evidence pointed to the contrary.  This is no way implies that all rape victims are lying however, when seeking to understand rape and rape allegations that involve a white woman and a black man race and racism can never be removed from the equation.  We do not live outside of history, we are the continual product of it.

It might be easy for some to simply point to statistics about cross race ID, however what the black community sees is the race of the two people involved.  While Malin is certainly not solely responsible for the wrongful conviction of Cole, her very whiteness serves as a reminder of the ways in which the criminal justice system unfairly treats bodies of colour.  Let us not forget that despite having a good alibi Cole was still convicted.  Without malicious intent her white privilege helped to create the criminality of a young black man.

White privilege is insidious in the ways in which it behaves to maintain its hegemony.  If you are not actively working to combat your privilege, while benefitting at every single turn, you are guilty of racism.  Malin need not have been malicious to have been guilty.  Simply trusting the justice system and ignoring the ways in which blacks have been especially targeted is an act of privilege that Malin could afford to make. While she claims to have been interested in ensuring that the right man was sentenced for raping her, she was not concerned enough to ascertain the facts of her own case.  Even though she is also a victim, at what point do we decide that she also had a responsibility to make sure justice was appropriately meted out? When whites and blacks interact with the criminal justice system whiteness should be particularly aware that justice is never blind and certainly not impartial.