Does Sextexting Lead To Sex?

In our modern world everything is virtual and everything is available  A few weeks ago I wrote a post about Jesse Logan, a young girl who was slut shamed for nude pictures that she had taken of herself and sent to her boyfriend.  The harassment reached such a high level that unfortunately she decided that she could not deal with it any longer and committed suicide. 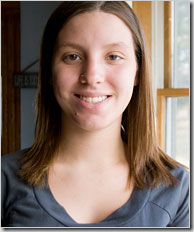 It seems that more and more teens are sextexting.  The judicial system has decided that this constitutes child pornography and in the case of 15 year old Marissa Miller could lead to a charge of sexual abuse of a minor.  Should a girl taking pictures of herself in a bra really result in  a criminal record and jail time?

When I first heard about the backlash against sextexting as a womanist my first thoughts were to question the role that gender had to play in our understanding this behaviour as socially damaging.  The following is a snippet from a study.

Though we supposedly live in a society of permissiveness, the discourse surrounding sex and sexuality is highly disciplined.  We spend more time talking about not having sex than actually engaging in it.   All the energy that we devote to speaking about why sex is forbidden and harmful constructs a society that is highly sexually aware and yet oddly puritanical at the same time.

Had this been an issue wherein males were largely sending sexually suggestive images of themselves to females, the sextexting paranoia would not be understood as it currently is.

Despite the gains of feminism young girls are still valued or demonized by what they choose to do with their vaginas.  We claim to be free and equal and yet we still see sex as something that sullies a young girl and elevates a young boy.  When we combine this with the fact that the vagina is still uniformly viewed to be something that is foul, is it at all surprising that when a young girl chooses to be sexual or display a desire for sex, she necessarily assumes a spoiled identity?

The other unmentioned aspect of this phenomenon is race.  In the instances that I have read, the participants that are being disciplined are young white women.  I have seen no information on how this behaviour is performed in communities of color.  It leads me to question whether part of this social anxiety exists because white femininity is understood as chaste and submissive whereas, WOC are understood to be wanton whores.  I suspect whiteness and sexism are tied to the  social discourse surrounding sextexting.

In the Times article George P. Skumanick asserts, “Frankly, it’s sad to me that their parents don’t realize this is wrong.”  For Skumanick it is the immorality of the behaviour and not the consequences that should be stressed.  The fact that that once an image is release on the internet we loose all control of who views it and how the image is used should be the priority, not the fact that girls are choosing to be sexual.

As parents what we must accept is that our children are sexual beings.  To try and enforce a code of behaviour by gender is not only sexist, it stunts the growth of our daughters.  What we should be concentrating on is the fact that all actions have consequences, so that our children are able to make decisions based in knowledge rather than ignorance.  Sex is as natural as breathing and no amount of legislating, or slut shaming is going to make people stop participating it.  I do believe it is time that the government end the business of concerning itself with what people choose to do with their genitalia.