Edward James Olmos And Race As A Cultural Determinant

Some of you are familiar with Olmos from his work on Battlestar Galactica as Admiral Adama or from Miami Vice as Lt. Martin Castillo.  His body of work is quite impressive and to know that out of character that he possess such a great anti-racist perspective makes me even a larger fan. 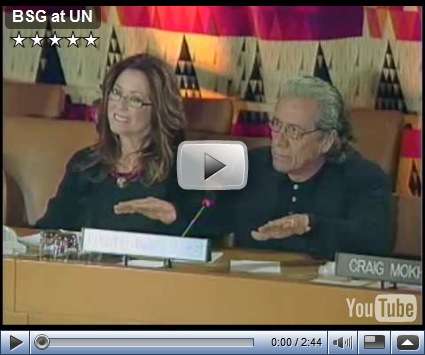 Transcript is below the fold.

I still find it incredible that we  still use the term race as a cultural determinant.  To this day, you should have never invited me here because I detest what we’ve done to ourselves out of a need to make ourselves different from one another we’ve made the word race a way of expressing culture.  There’s no such thing and all you high school students bless your heart for being here.  You are a hundred champions right now that are going to go out understanding this.  The adults in the room will never understand it.  Even though they’ll nod their heads and say you’re right they’ll never be able to stop using the word race as a cultural determinant.  I just heard one of the most prolific statements done by one of the great humanitarians.  He’s really trying to organize and bring us all together and he used the word race as if there is a Latino race an Asian race, Indigenous race, Caucasian race or a Latino race.  There is no such thing as a Latino race, there never has been, there never has been. There never will be.  There is only one race and that is what the show brought out. That is the human race period. Now the pressure comes, why did we start to use the word race as a cultural determinant?  The truth is that over six hundred years ago the Caucasian race decided to use it as a cultural determinant so it would be easier for them to kill another culture.  That was the total understanding, to kill one culture from another culture.  You couldn’t kill your own race so you had to make them the “other” and you to this day I’ve spent thirty-seven years of my adult life trying to get this word out and now I am done and well prepared as the admiral of the Battlestar Galactica  to say it to all of you, there is but one race that is it.  So say we all.  So say we all.  So say we all.