Everyone Matters Dignity and Safety For Transgender People

The following video was assembled by Mass Equality, with GLAD and Mass Transgender Political Coalition. I found this video to be so compelling.  It is not often that you get to see trans people tell their story in their own words.  Often we hear from allies or read twisted reports in the MSM.  I  think this is a video that everyone really needs to see because the one thing that all of the haters need to get through their thick heads is that a trans person is no different than anyone else. They deserve the exact same protections under the law as anyone else.   Using gender identity to decide who gets access to health care, jobs, employment and housing is nothing but discrimination and prejudice in a society that claims to be free and equal. 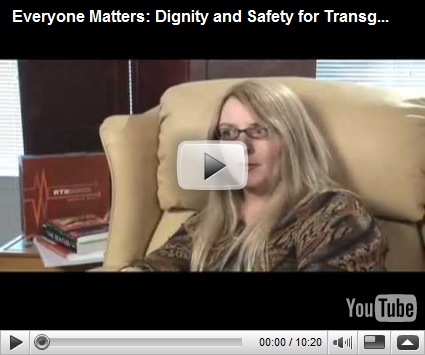