OOOH The Mehnz Are Stooopid 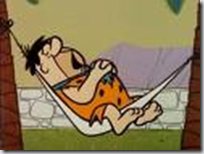 One of the biggest complaints from the MRA crowd is that men are portrayed as dolts and idiots on mainstream television.  From The Flintstones, to Family Matters, to Everybody Loves Raymond, to Home Improvement, the model of the ideal family is the smart and together wife and the husband that can barely ties his shoes.  Belching, farting, and drinking beer, are presented as the primary activity as they evade any sense of adulthood, or responsibility.

This is discrimination and sexism and the mehnz trumpet that if  feminazis really cared about equality, this would be an issue that we actively sought to change.  It seems perfectly reasonable doesn’t it; that with all of the serious issues currently facing women today from sexual assault, domestic violence, FGM, inequality in employment,  the double day, reduction in reproductive rights, and poverty, that  we should seek to  spend the precious few resources that we have fighting an industry that is male run about its essentialist portrayals of masculinity.

While it certainly must be said that such images can be damaging to young boys, they still do not have the same totalizing effect that sexism does when it is aimed at girls and women.   Patriarchy is alive and prospering and as the women of wall street found out, still more than capable of ensuring that when times get tough that the boys club sticks together until the bitter end.

The good ole boys network runs the media.  Though they have allowed some women to take on some visible roles of importance by enlarge when we think of personalities that we deem of great importance they are male.  For every Katie Couric there are at least 5 men that we turn to inform us of the state of our world.

Even in traditional situation comedies where the husband is presented as mindless ,it is not nearly as diminishing as it appears at first glance.  The husband as idiot allows the male to abdicate his responsibilities as an equal partner of the household while selfishly seeking out his personal gratification.  This supposed idiocy allows him a sense of freedom that is seldom granted to the female characters.  Secure in the knowledge that the wife will cook the meals, balance the books,  raise the children, and provide boring if guilt free marriage sex, the man is free to continue on in a state of perpetual childhood.

As we know, along with the freedom of adulthood comes greater responsibility.  By changing the gender dynamic to present the woman as the alpha female, the infantalization of men in the situation comedy actually oppresses women, in that it forces us once again to take on multiple roles that are often time consuming and stressful.   When I see these supposed role reversals, I see a mirror  that reflects  the real life double day that women often work because men still refuse to carry their share of the domestic burden.  I see the abdication of responsibility as nothing more than an expression of male power.  The male as idiot is nothing more than a passive aggressive  delegation of responsibility.

The mehnz want to know why we wimminez are not actively fighting against the supposed diminishment of masculinity in the media.  Well the answers are quite simple really; it does not  actually do any significant damage to the male ability to express power coercively and it actually functions to reify standardized gender roles that actually serve to diminish women.  As I mentioned earlier, with all of the pressing issues that are currently facing women today, seeing Ray Romano display a stunning ineptitude to pay bills, or Tim Allen fumble with his tools as he professes an inability to comprehend life's most basic facts, are simply not a high priority to challenge.  If the mehnz are so concerned with the damage that this is doing to the boys club they can appeal to the men that run the media to do something about it.