Can A White Woman Be A Womanist? 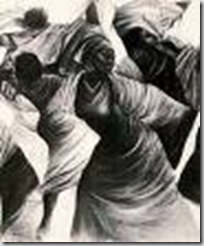 I was asked recently in an e-mail whether or not I believed that a white woman could take on the label of womanist.  I will openly admit that I found this question deeply troubling.   I understand why womanism seems attractive from the outside.  It truly advocates for the equality of all beings however, it is a movement spawned by the rejection of WOC; more specifically black women by mainstream feminism.

When we look at social justice movements across the western world they all have one thing in common, they are lead by whiteness.   Despite a claim that said movements are about equality, the racial dynamics are positioned in such a way as to reaffirm our dissonance in worth and value.   This purposeful erasure,  or more specifically absence of power is a result of the social belief that whiteness is not only naturally fit to lead but ordained to do so.

How many times have blacks and whites worked together in various organizations only to find that our voices are silenced?  We continually make  suggestions for activism only to have it denied and then later accepted when it is rephrased by a white member of the organization.  The racism in this activity is never acknowledged and the white person is given the credit for the idea.   When we make a comment as to how race interacts with an issue, we are again silenced and told that we “are imagining racism”, as though whiteness is any position to decide what is and isn’t racist.

In a recent post Monica of TransGriot suggested that feminism needs to work on its own issues first and I must say that I highly concur with this point.  There are so many divisions in feminism that we cannot even begin from the basic idea that all women are equal and face multiple forms of oppression.   What we find is that different offshoots tend to privilege their experience over that of another and then declare themselves fit to judge how other women live their lives. We have radfems slut shaming sex workers,  third wave feminists stumbling on their privilege while ignoring critical anti-racist work, eco-feminists who promote  environmentalism based in an essentialist understanding of gender, Marxist feminists  that are blind to anything that is not related to finance and liberal feminists who only want to be the “equal to a man”, never thinking about what constitutes “woman”. While there can never be a monolithic woman, the lie that sisterhood will save us all continues to be repeated.  Privilege has always been and always will be the Achilles heel of women's organizing;  though feminists couch it  in a “fear of watering down feminism,” to me it smacks of reaffirming hierarchies and the ideology of difference as inherently unequal. 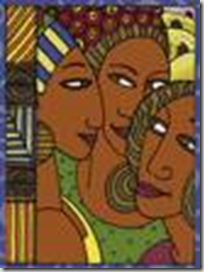 Womanism seeks to place women of color in the center of all debate and all activism.    To advocate with proficiency one should at least possess basic knowledge and yet daily across the blogosphere womanist and radical woman of color blogs are assaulted by commenters who have not even bothered to learn 101 basics.   When I have to  continually define racism as prejudice + power, clearly there is a lack of effort to learn about issues that are critical to improving the social understanding of not only what constitutes racism but how it functions to marginalize bodies of color.

There is also the issue of family business.  Whiteness is intrusive, and unless you are sitting at home with the television, radio, and computer turned off, a person of color will be assaulted repeatedly by images that seek to promote whiteness as a universal good.   This meant to appear passive however, in actuality it is quite aggressive and meant to reaffirm the racial power structure.  Spaces that are inhabited solely by POC are very few and it is only in these gaps that we are able to engage in conversations free of the performance expected by many whites.

When one dares to question whiteness, it is quite typical to be accused of racism, or to be told that one has a chip your shoulder,because whiteness is understood to be naturally paternalistic and therefore daring to suggest that it can act systemically as a coercive force is being unnecessarily divisive and rebellious.  Whiteness doesn’t necessarily want to eradicate  us but it certainly wants a submissive class that it can exploit at will and will therefore perform whatever disciplinary action that is necessary to reduce, or end any action on the part of POC to be autonomous beings.

To suggest that white women could enter into a womanist forum or space and not engage in activities to promote racial privilege is ridiculous when most people cannot even make it through the day without performing , thinking, or expressing, some form of racism.   Often it happens on an unconscious level because we have been steeped in a racist culture from birth.  Ideas must be actively unlearned one concept at a time and to be honest with all of the issues currently facing black women today, to expect that we devote large sections of our time to educate whiteness about its short comings is to once again make whiteness the center of the debate.

POC need a space solely devoted to our issues and this is not a selfish act when we consider that much of our social energy is spent promoting whiteness.  How many times must we hear the backlash about BET, Black History Month, Jet, or Ebony? We must continually point out that most forms of media actively promote whiteness?  It seems that every time POC organize something to promote our interests whiteness either rises to condemn it or attempts to interject itself and  this is one of the purest expressions of white privilege.

While I cannot say that someone cannot and should not identify as a womanist, I would ask that they consider why such an action is necessary.   Why is it so hard to allow people of color a space to speak candidly about issues that affect us and why is it so important that whiteness be included in every conversation?

Renee
Niagara Falls, Ontario, Canada
I am the mother of two darling little boys that fill my life with hope. They have inspired me to help raise awareness of the issues that plague this little blue planet. If you are looking for a blog that is all about how wonderful and rosy this world is, turn right because this space will not be for you. I am a committed humanist. I believe in the value of people over commodities. I believe in the human right to food, clothing, shelter, and education. I am pacifist, anti-racist, WOC. My truth may not be your truth, but I intend to speak it nonetheless. Please feel free to direct questions or commentary [email protected]m