Congrats Isis On Your SRS And Engagement 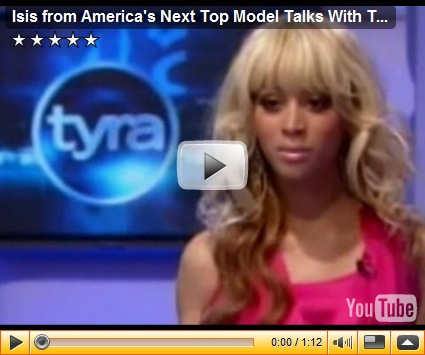 Let me start by saying congratulations to Isis on her SRS surgery because this is something that she really wanted. I do have to send a massive dumbbell award to Tyra Banks.  I simply despise the fact that she felt it was necessary to declare that “Isis was now 100% woman”. Uh Hello….genitalia does not equal gender.  Isis was 100% woman before she had the surgery.

One of thing that bothers me about Tyra is that even though she claims ally status she has on occasion made anti trans statements or has done an anti trans activity.  It really hit home to me when she put pictures of Isis up pre transition, while Isis sat there looking so uncomfortable.   Even if she had permission to do so I think considering the power differential between Tyra and Isis it would have been difficult for Isis to say no.   Tyra is a lesson to all allies…if you are going to advocate for trans rights take the time to learn the basics.