Recently I cross posted a piece from this black sista’s page about the possibility that Malcom X could have been gay or bisexual.   Though it did not get a lot of commentary on the blog, it was highly linked to.   The idea that the black prince may not have been straight was very troubling to a lot of people.

There have also been rumours for years that despite his devotion to God and social justice that Martin Luther King was not faithful to Coretta.   If you believe the gossip he actually had several affairs over the course of his marriage.

The following is a comment left on the thread about Malcolm X:

The Real Truth:I have a master's degree in Political Science and a bachelor's in African American Studies and I refuse to entertain these slanderous comments about Malcolm X. Every hero the the black community has, white america seeks to slander and debase their memory. There is nothing wrong with being gay, but Malcolm X was most certainly not gay. This book is based on lies and misinformation. Get your facts straight people. In my extensive research on the life of Malcolm X, I have never come across any information that makes this book relevant or true.

Though there are many problematic aspects to this comment, I would like to focus on the fact the commenter suggests that the possibility that  Malcom X was gay somehow denigrates his memory?  If he was, it involved consensual sex between two adults and does not change a single thing that he managed to accomplish in his lifetime.

The same holds true for Dr. King.  He could have slept with hundreds of women and he will always be the same man that lead the march on Washington. He will still be the man whose I Have A Dream speech continues to inspire people around the globe.

Often the idea of sex as a marker of social good attaches itself to women vis a vis the Madonna/Whore complex but in the above cases we can see that it can also attach itself to men.  With exception of asexuals we are all sexual beings and yet sexuality is something that is highly policed in our society.   Not only do we choose to discipline what acts we find acceptable, the context within which they occur can also be highly problematic. 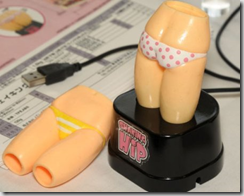 The sexually permissive state that we claim to live in does not actually exist, as we spend more time discussing all the reasons not to have sex than we actually do engaging in it.  Sex seems to be pervasive; it is used to sell everything from fish sticks to USB gadgets and yet when we choose to engage in it, it is still considered an act that debases us.  When we look at the way in which we treat individuals that work in the sex industry can there be any doubt that sex is considered a highly problematic act?

What if we were to decide that sex between to consenting adults was just a normal part of our existence?  How would this change the way we choose to view bodies differently?  I think that we would find that some bodies that exist with a stigmatized identity would suddenly find themselves normalized.   Even though we have taboos many exist with the idea that these are normative but in fact what is considered a distasteful sexual act varies from across culture, class, and ethnicity. What is the highest form of love in some places is considered foul and disgusting in others.   If we accept this very simple truth, the very idea that we need to discipline any act becomes ridiculous.  Obviously what we find abhorrent in western countries has not harmed another society and therefore what we are choosing to stigmatize is more about our desire to oppress the bodies that participate in a particular practice than it is about our over all disgust with a particular sexual act.

As part of honouring the entire human experience we need to validate the concept that sex is simply an act that most engage in freely.  It is an essential part of our happiness and fulfillment therefore; to expect certain bodies to refrain from participation or attempt to control the circumstances in which sexual activity occurs actually stunts our social progress.   Sex is simply sex and has no meaning other than which we confer to it.  It is a physical act like eating, breathing and sleeping and to apply a false morality to such basic behaviour is hubris.  No matter how many shaming tactics we employ people will always seek to satisfy their basic urges.