Walking Away: The Luxury Of An Ally

I was sent a link to virane’s livejournal and I thought it would make for interesting conversation.  In it s/he says the following:

So after posting on

transgender about how I react to news in the TS community, I decided to limit my following of current events by not following anymore, at the moment, both TransGriot and Questioning Transphobia.
I still have a few TS blogs on my "feed" list, but they are more like blogs by TS people than blogs about TS issues.
I feel quite sorry about this, but at the moment, I just can't handle the stress of reading all those infuriating news about horrible things that happen to TS people, especially as there is not much I can do about them. I am just not at the stage where I want to be an activist. I have got enough on my plate as it is.
Once during teaching at a Buddhist center I went to, the teacher said that it was not necessarily good to follows news all the time and get involved in them, and that sometime it can be good to just withdraw a bit so as to be able to deal with things that one can actually do something about.

Isn’t this lovely.  S/he finds the stress of dealing with the real life issues of transwomen to difficult and therefore s/he is going to withdraw.  I wonder if Monica or Lisa Harney would like to spend one day of their existence not having to deal with transphobia?  Do you think that either of them could declare that trans issues are just to stressful and bow the hell out of it all because they felt like it?

The position taken by Virane is one of extreme privilege.  The whole “I cannot do anything anyway, so why bother to keep working for change” is something that only privileged bodies get to declare.  Those of us that live with an identity that society has deemed less than must daily fight for recognition of our shared humanity. 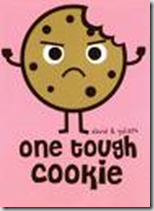 How many times have we seen privileged bodies demanding a cookie because they had the decency to speak out against a form of oppression?  This cookie demanding is an expression of privilege because those of us that are marginalized have no choice but to fight the social stigmatizations that are aimed at us.  Even when we pretend not to hear the taunts we are still wounded.  It is privilege that causes the high rates of violence, poverty, and lack of education yet the oppressors dares to believe that they deserve to be rewarded.

Even when you choose to speak out it is still a choice that oppressed bodies do not have.  It is a fight that you do not have to own and at any moment you can walk away from it either temporarily or forever.  One does not choose to be trans, gay, of color, disabled etc., and one certainly does not get to decide if privilege must be negotiated.  Even while battling on behalf of the oppressed, the very privilege that you seek to dispel will ensure that your voice is taken more seriously than the lived experience of those that must negotiate the isms in question.  Now that is a piece of irony for you.

While I cherish the allies that speak out in the cause of justice, I am more than aware of the choices they have simply by default.  The momentary lapses that are engaged in when the oppression becomes just to ugly to look at, and the introspection that is avoided because it is just to close to home means that even while fighting the good fight, to some degree there will always be a separation between us. No one, no matter how committed owns all of their privilege.

You have to keep fighting even when it hurts. You have to keep pushing the envelope even when those around you accuse you being to sensitive because people that are battling oppression don’t ever get to choose.  If fighting for justice seems hard in the face of all of the ugliness, that is because power used corrosively is positively evil.  When you think about tuning out, stop and pause for one moment and realize that this only aligns you with those you claim to be vehemently against.  If you believe in justice there really should never be a choice.

Editors Note: After reading the commentary by Belledamme I decided to dig a little deeper into Virane blog; it was not until a post authored in December that I came across reference to her trans status.  Reading the initial post that I linked to I assumed a cisgender identity which was clearly wrong.  I apologize to Virane for this mistake.  Clearly my privilege had a role to play in my assumption.  This does not take away from the basic premise of this post, which is the ability of allies to walk away.  Once again I apologize Virane for my wrong assumption.