Vaginoplasty is one of the quickest growing areas of plastic surgery.  This is but the latest version of getting an extra stitch for the husband.   As womanist/feminists we often rail against female genital mutilation because we recognize the risk, harm, and trauma that occurs, however we routinely ignore the mutilation that occurs in western hospitals because it is being performed by a licensed physician.

The images presented in magazines often show unrealistic body types, leaving women with an idealized understanding of what a female body looks like.  Sagging breasts and cellulite are routinely cited as ugly and yet we know that they are a natural part of aging.  Hello people, the same gravity that keeps you from floating off into space means that your breasts are not going to pass the pencil test past the age of 25 and that is if you are lucky.

The beauty standard is not only openly misogynistic it is ageist.  A 75 year old women recently underwent vaginal rejuvenation surgery in Russia in the hopes of “snagging a boyfriend”.

Dr Anna Uzunova said: "Usually such requests are from much younger women.
"But she wanted to have an active sex life despite her age so we agreed to do the operation and help her."
After the operation, Nina delighting said: "I feel like a young woman again."

As much as I affirm a woman’s right to her bodily integrity, when the decision is based in male desires, this refutes the whole understanding of “woman” as an independent agent.  In most cases the desire is to make the vagina more appealing for a man, rather than to fix a medical issue such as incontinence and Nina’s statements affirm the validity of this.

The beauty standard exists to keep women on a quixotic quest that can never be realized.   Even women that are held up as ideals find that their images are regularly photo shopped for magazines.  This tells us that our true value lies not in our intelligence or wit but our physical bodies and since we know that beauty is a declining commodity, this leaves women with a feeling of increased powerlessness as they age.

We are taught to fight the ravages of age as aggressively as if we are treating cancer rather than viewing it as part of life’s natural course.  When was the last time you saw some mendacious ad regarding face cream aimed at a man?  A man’s “laugh lines” are sexy because they supposedly age like a fine wine, whereas women become haggard and used up.

From childhood a little girl learns that what matters is that she is beautiful and obedient.  She is taught to sacrifice whatever is necessary to ensure that much as possible she adheres to the beauty standards that society has created and if this means starving herself or submitting to mutilation then that is the cost of being female in a patriarchal world.  Nina didn’t get this surgery to feel better about herself but because she thought that this was the best way to “get a man”. 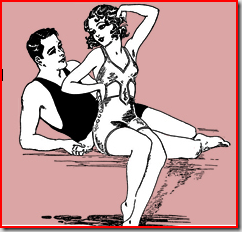 There is no concept that sex should also be about female pleasure thus eliminating the prospect of reciprocity in sexual activity.  These kinds of surgeries also reaffirm heterosexuality as the norm because the vagina is presumed to exist solely for the penetration of the penis.  Sex should not reducible to plug penis into vagina.

The case of Nina M has caught the attention of the press because of her age but what we really should be concerned about is the length women are expected to go to be understood as feminine and attractive.  Undergoing sedation and having ones genitals mutilated is far too high a price to conform to some constructed ideal.  These changes are painful and permanent.  It is time that we understand that the vagina is the site of female pleasure and not male conquest.  Our bodies belong to us; they are not for the consumption of men to be discarded when a newer or prettier model hits the showroom floor.