Adam Lambert: Gay/Straight Should He Declare? 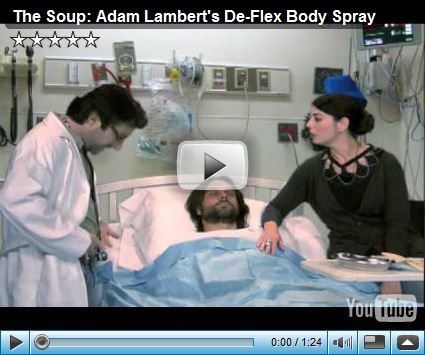 The purpose of American Idol is to find an unknown talent and turn them into a superstar.   Adam Lambert is arguably the best singer to grace the American Idol stage.  With his raspy voice, he has the ability to take a song and create something new and exciting week after week.  With his youthful good looks and consummate professionalism, Adam has been the one to watch from week one.

Though American Idol is supposedly about talent, there are those that simply cannot stop speculating about what Adam’s sexuality is.  Photos began circulating around the internet of Adam kissing another man approximately one month ago and under the guise of whether or not a gay identity would affect voting, his personal life became fodder for gossip.   National asshat Bill O’Reilly even went as far as to call the photos embarrassing after making sure to display them on his propaganda talk show. 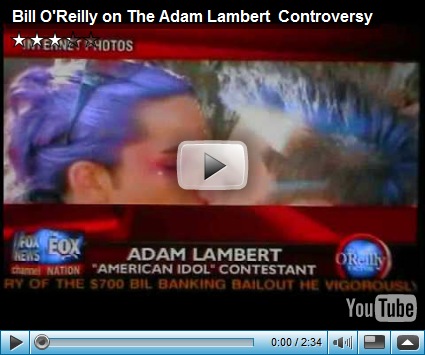 Evidence of his willingness to interact in what is deemed a sexual nature with another man has been enough for others to declare him gay, though Adam himself has remained silent on the issue.  Even while we are busy declaring that it does not matter if Adam is gay or straight, the very fact that the public demands a declaration from him is evidence to the contrary.  I further find it quite fascinating that there is very little speculation that Adam could possibly be bisexual, thus maintaining our binary understanding of sexuality.

Should Adam be gay or bisexual  and actually declare himself to be so;  such action will only affirm that heterosexuality is the assumed identity and that homosexuality is something  must be  confessed as though it is a perversion.  There are those in the GLB community who staunchly believe that public figures  should declare for the sake of acting as a role model to others, however  the fact that such a requirement is not deemed necessary from a heterosexual serves to further “other.”

The whirling speculation about Adams sexuality is occurring even as same gender marriage is making the most gains that it ever has, proving that the “just like you” theory that has been projected to legitimize same gender marriage only goes so far.   Full acceptance of a GLB identity would silence those that feel the need to speculate because a wish to know does not stem from simple curiosity, but from a desire to discern difference for the sake of invoking privilege.  By refusing to respond to speculation, Adam stands in solidarity with Anderson Cooper and Queen Latifah.  If we really believe that sexuality is irrelevant, it is time to stop asking questions that do not concern us.