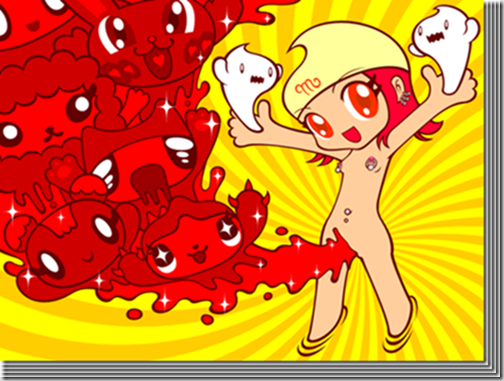 Once again it is the first day of my cycle.   I am tired and sluggish and just generally want to wrap myself in a blanket with a hot water bottle. I think that this is going to be a heavy flow month and therefore I am not feeling particularly celebratory.  Normally I tell the unhusband when my period starts just so he knows that I am not in the mood to messed with.   This month I came across an accessory that would make that announcement for me. 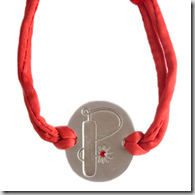 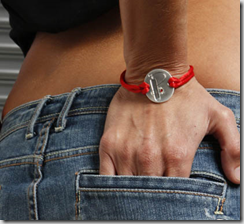 The tagline for this bracelet is: “The must have accessory for 2009...available now! Saving a relationship (or ruining one) has never been so affordable.”

For a mere ten dollars you can save  your relationship from the danger that menstruation puts it in.  Who knew that a little blood could cause so much damage.   I am all for women discussing their periods openly because it is not something that we should be ashamed of but the idea that we need to purchase a bracelet to publicly announce this bothers me.  There is a difference between not hiding your period and announcing it because you are a danger to those around you.

I am the first to admit that I am having a heavy flow I might be irritable but there are various reasons that anyone can be become annoyed without it being the result of menstruation and we have not created ridiculous bracelets for that. Where is the bracelet announcing to the world that a man has jock itch? I doubt that is a comfortable experience but that is not deemed a “danger” to a relationship, only female biological processes are.

You are suffering immensely. So are we! 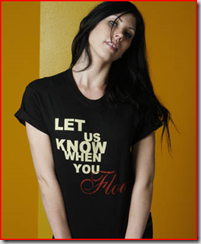 Another great tagline to go with a product once again aimed at warning men to protect themselves from the hormonally charged woman.  One would think that since it is the man that supposedly needs “the warning” that he would be encouraged to pay the fifteen dollars for this item.

Well once again we see that capitalism and patriarchy have no problem holding hands to oppress women.   It is presented as perfectly natural for us to spend our few disposable dollars (note women still make significantly less than men) on products that are inherently sexist.  Yet another epic fail.  Yeah I have my period but I don’t need a bracelet or a t-shirt to speak for me and contrary to the sexist meme men/boys are safe around me.