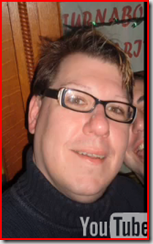 The ACLU had to file a complaint on behalf of Ryan Marlatt and Teddy Eggers after a McDonalds employee had the nerve to refer to them as “faggots”.  At first the employee directed her commentary at another employee but when she was challenged by the two lovers who were rightfully offended, she escalated her hate speech and referred to them as “bitches“ and “cocksuckers”.  A full account of their experiences can be found here.

Marlatt and Eggers were forced to turn to the ACLU after local and corporate management refused to take action on this issue.  Lousiville has  a local human rights ordinance which prohibits discrimination on the basis of sexual orientation in public accommodations such as restaurants.  Clearly a corporation as large as McDonalds is well aware of the law in the area in which they operate and still yet they refused to apologize and refund the two men the twenty-eight dollars that they had paid for their meals.

According to a post at The Bilerico the pair did report at least on employee recognized that her fellow associates were in the wrong.

"The cashier was the only person behind the counter who seemed to get that this was wrong, and she was trying to get the woman who was calling us names to stop," said Eggers. "We really appreciated that she was at least trying to do the right thing when nobody else would."

McDonalds has finally admitted the error of it ways and has agreed to pay Marlatt and Eggers two thousand dollars each, as well as begin training managers  on Louisville’s anti-discrimination law.

While I am glad that they received a settlement and that McDonalds has agreed to start training its staff, I am somewhat dissatisfied that it was not made clear whether or not the employee that caused the issue to begin with  was allowed to keep her job.  This was not a case of covert homophobia; she had to be aware that what she was saying was absolutely offensive and persisted with her behaviour regardless.  Sitting through a seminar on human rights is not going to change someone who feels that it is appropriate to speak like that to others.  People must be taught that there is a cost for hate speech.