Please stop letting this fool into our country 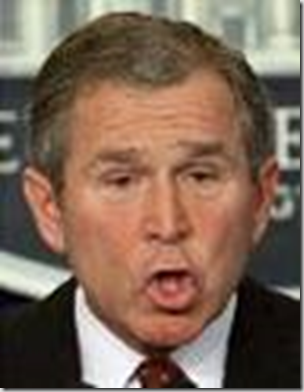 On Friday George Bush and Clinton were in Toronto to give a speech and I want to know who keeps allowing his criminal lying ass into Canada.  Then to allow him to leave with a three hundred thousand dollar profit is a stain upon our country. Didn’t anyone at the border own a good steel toe shoe? 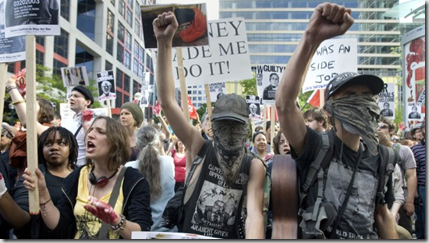 This is the second time that you have allowed him in since leaving office.  When he was president we had no choice but to allow him to cross the border but now there is absolutely no excuse.  I am sorry to say but I am holding you responsible Canada Customs and in fact you to CIS.  The next time I have to read that he has fouled our precious home and native land, I am afraid I am going to have to revoke your right to  Hockey Night in Canada, Real Maple Syrup, Poutine, Canadian bacon and (yes I will go there) the privilege of drinking Tim Hortons coffee.  Is it really worth losing all of that to let that weasel in the country?

“Welcome to the Bill and George show,” he began. “I want thank everyone for giving me something to do.” He too claimed his wife now bosses him around, and that he has for the first time been forced to scoop the poop – “picking up what I had dodged for eight years” – of his black Scottish terrier Barney. “He looks like a moving monopoly piece,” Mr. Bush quipped.

If his wife is indeed bossing him around, it is because she knows he has to ease into thinking after allowing Cheney to do most of the heavy lifting for the last 8 years.  Can you even believe this nonsense?  He caused the world untold grief, is responsible for the death of thousands of Americans, Iraqis, and Afghanis and he is complaining that the only thing that he is being held accountable for is dog shit…Dear God someone hand me a God damn shoe, the bigger the better, we don’t want him dodging anything anymore.