For House, it’s Either Lupus or Sarcoidosis 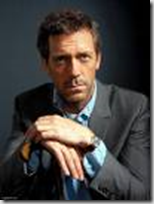 As you may know, “House” is a drama that deals with the medical practice of the highly anti-social Dr. Gregory House. Though this show remains highly popular, weekly it plays upon racism, ableism, heterosexism, class privilege and white privilege to drive home its neurotic message of the nothingness of being. Most relationships between the characters are dysfunctional and focus around whatever obsession “House” manifests on a particular week.

Ableism is a major feature in this medical drama. The main character himself is a differently abled person and this seems to function as justification for the writers to take creative license with the experiences of others. Each week Dr. House is presented with a medical mystery that he has to solve. The patient is minimized and the issue becomes the disease. Though this models much of what the medical establishment advises in an effort to reduce undue attachment, not all patients are as submissive and or docile in their medical care as presented on House.

Each week a myriad of illnesses are manifested by different patients and yet ultimately the diagnosis usually comes down to two diseases; sarcoidosis or lupus. Using these two diseases as the “catch all” can be emotionally triggering and serves to reduce the difficult lives that those suffering with them must endure.

Illness does not end as projected on “House” after the disease is diagnosed; in fact it is but the beginning of a very difficult journey, which can include intense pain and restructuring of one’s life. In the end, “House” will often prescribe prednisone as though he is offering a patient a glass of water. No discussion takes place on how harmful this drug is or the possible side effects that it can cause. Yet anyone who has been on prednisone for any length of time will usually attest to the fact that it is not a pleasant drug to take.

It seems that because lupus and sarcoidosis are diseases that mimic many others and do not immediately lead to death, the writers of “House” have determined that they can routinely rely upon them as solutions or possible solutions to each week’s medical mystery. Sarcoidosis in particular is not a disease that is well known outside of those inflicted with it. Many were not even aware that the disease existed until it was revealed last year that Bernie Mac died of complications because of it.