Indigenous Women Are Not Being Given Mammograms 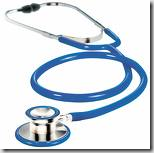 The history of the relationship between the medical establishment and Indigenous women has been fraught with racism, negligence, malice and neglect. Informed consent was a right routinely denied these women, making them subject to unnecessary surgeries.   In many cases Indigenous women were unknowingly sterilized after being told they were having routine procedures like the removal of a gall bladder.   Doctors made these decisions based in the idea that they had the right to determine when a woman had birthed too many children or that the prospect of her reproduction produced an undue burden upon society.  The Indigenous community has long been considered by racist white eugenicists to be surplus population.

Clearly doctors have forgotten their vow to do no harm and continue to privilege whiteness in their medical treatments.  It has been reported that because Native women have lower incidents of breast cancer that they are not receiving mammograms.

For Alaskan native women the rate of breast cancer is alarming.  Between the years of 1969 and 1998 it tripled.  Between the years of 1999 to 2004 there was a small decrease to 132 out of every 100,000 from 138 per 100,000.  This rate still exceeds by half the rate for American Indians and Alaska Natives who live in the Lower 48 states.  According to the Anchorage Daily News, “Breast cancer among Alaska Native women is now diagnosed more than twice as often as lung cancer, but lung cancer is twice as deadly as breast cancer (lung cancer resulted in 83 deaths from 2000 to 2004, compared to 40 deaths from breast cancer).”

Indigenous women are able to access medical treatment through the IHS (Indian Health Services), however if there is not a center located where they live, medical coverage is not extended to private clinics or hospitals.  The state of California has the second largest Indigenous community and yet there are no IHS facilities.  This is further complicated by the fact that many women do not trust the IHS for medical care because of the history of malpractice and racism.

Once again we are witnessing the role that race and class play in accessing health care.   Good health care should be a universal right, yet many die needlessly each year because we continue to devalue bodies of color to privilege whiteness. We know that breast cancer is a serious issue for all women and yet the buy pink, fight cancer campaigns routinely target white women who have a much higher survival rate than Native American women.   We cannot afford to look at this as simply a woman's issue because we have a tendency to allow whiteness to define what is and is not legitimate womanhood, thus leading to death for WOC.   Considering the history of malpractice and racism by both the medical establishment and the government, would you want to risk your life on the concept of colorblindness or a post racial society?