My Daughters’ Keeper: Nahid Persson’s “Prostitution Behind The Veil” 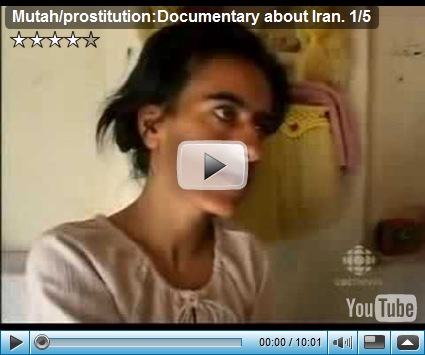 As westerners there is so much we do not know about the daily lives of women in Iran.  Most of what we learn is filtered through the media and therefore their thoughts and emotions are often omitted.    My Daughters Keeper: Prostitution Behind The Veil is the story of two young women who are forced to turn to prostitution to feed their drug habit and care for their children.

As they move from sigheh (temporary marriage) to sigheh it is subsistence and not love that is their primary concern.   These temporary marriages act as a veil for prostitution and can vary in length. It seems that even in a theocracy society will make room for the exploitation of women.

It is my understanding that this practice is not necessarily Islamic but as someone unfamiliar with the faith I am in position to say with any degree of accuracy.  As I watched one woman recount the pain of having to sell her daughter my heart broke for her.  No mother should be put into that position and yet if this documentary is  accurate this is not an uncommon phenomenon. Due to lack of familiarity with both the culture and religion I can offer no great critique however I do submit if for no other reason than to hear from women that are usually silenced that this documentary is worth the time to watch.