Wanda Sykes at the White House Correspondent's Dinner decided to let Rush Limbaugh know about the warmth he inspired in her. 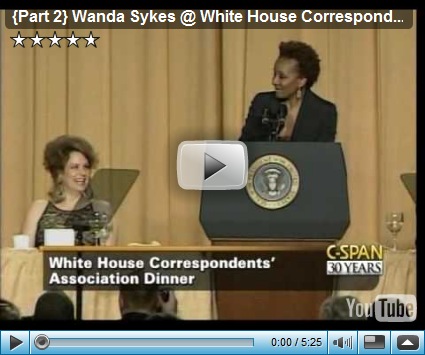 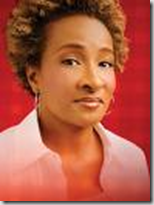 "You've had your fair share of critics. ... Rush Limbaugh said this administration fails. ... He just wants the country to fail. To me that's treason. He's not saying anything different than what Osama Bin Laden is saying. You might want to look into this, sir, because I think Rush Limbaugh was the 20th hijacker but he was just so strung out on Oxycontin he missed his flight. ... Rush Limbaugh, I hope the country fails, I hope his kidneys fail, how about that? He needs a good waterboarding, that's what he needs."

I agree that Limbaugh needs to be called out on his hateful vitriol, however resorting to attacking him for his drug addiction is unacceptable. Drug addiction is a legitimate illness and should not be belittled no matter who is suffering from it.

Limbaugh ended up becoming addicted to Oxycotin to deal with chronic pain.  As someone who suffers from three debilitating illnesses I know how hard it is to fight off the temptation to take more drugs when your body is screaming and all you want is relief at any cost.   The same conditions under which he became addicted occur daily and he is not the only one who has fallen victim to the vicious embrace of Oxycotin.

Limbaugh is a disgusting over privileged ass.   He spends his time daily filling the airways with vitriol that promote hatred and imbalance.  In some of his most recent commentary he denied the pervasiveness of the recent economic downturn and its ability to effect lives.  He is clearly a man that is drunk on a bloated sense of self importance that attacking him is an easy thing to do.

The problem with aiming criticism at Limbaugh is that we routinely criticize either his weight or his addiction rather than the hatred and ignorance that he spreads.  We reach for obesity and addiction because we consider these stigmatized identities.  Limbaugh is not disgusting because he is a recovering addict or because he is fat; he is repugnant because he spends his time promoting white males of class privilege while denigrating all other bodies.

In a few minutes of his radio show he is capable of providing ample ammunition to criticize as he makes the most outlandish statements that often defy any form of reasonable logic.  Wanda Sykes ahs publicly advocated for gay rights based in the equality of all beings and yet she is more than willing throw that value out the window when it is not convenient.  The most difficult thing about convictions is putting them into action when they apply to people that we despise.