We’re Not Planning A Slave Uprising

I know that you have latent fears that ‘ole Moses (aka Harriet Tubman) is going to come along and steal all the good “negro folk” that you have become so used to oppressing and exploiting, however times have changed and blacks can now congregate at will. You don’t need to worry about what we are saying because unlike slave times, we won’t communicate in song to send messages, we will simply tell you directly what is on our minds.

No matter how liberated or anti racist people claim to be, a gathering of blacks makes them feel nervous. The social construction of blacks as thieves, rapists, and general criminals, come rushing to mind and suddenly all of the new age, post racial, politically aware posturing flies out the window.

White people normally have the luxury of controlling whether or not they are in a minority in most situations.  Those without great class advantages may be forced to live in interracial communities, however the tendency of white flight when ever neighbourhoods become “to dark” proves that whiteness buys into the myths that it has created to secure our place as secondary citizens. 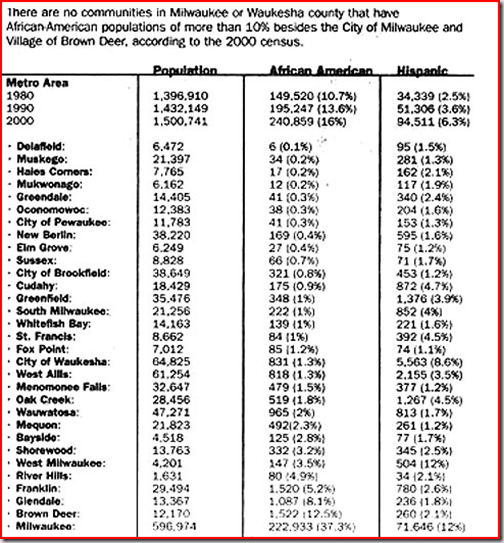 Whiteness can freely congregate and build communities and that is not deemed questionable behaviour.  We know that whiteness has a long history of racial violence against bodies of color, yet somehow it is whiteness that needs the security of a homogenized racial zone. We  have been socialized never to question their motives, however 4 black people sharing a coffee and a few

laughs is a cause for alarm.  Blacks must always be prepared to negotiate whiteness as it controls all of the social institutions and runs most industries; big brother is always watching.

I am often amused when the charge of divisiveness is levied at the mere suggestion that whiteness should be critiqued.  Whiteness is so colorblind that a white man with a criminal record has a better chance of getting a job than a black man with a clean record.  How does this make any sense if we are all so post racial?  Whiteness is systemic in a way that blackness can never be because of the racial imbalance and to ask to be seen as individual when ones body is invested with so much power is an act of privilege.

It is our speech that is emotional, our bodies that are sexualized, and brutalized.  If a simple gathering of friends can be perceived of as a threat or at least noteworthy enough to draw concern, then  our mere presence in any space must be substantiated by whiteness.  Though all bodies exist with a form of power and agency, whiteness exists with the ability to most readily realize its ambitions because it created this hierarchy of bodies and daily legitimizes it through small actions.  For all of you who are behind on your 101 Power + Privilege = Racism.

We all see race and no amount of singing Michael Row the Boat Ashore is going to change that simple fact.  The issue has never been about recognizing difference, after all we don’t fly into murderous rages because cats are not like dogs.  The problem is the value that we attach to difference.   The scales are not equal and until we can openly discuss race beyond how it effects people of color we will continue to live the social delusion that we have reached a point of transcendence.

Whether it is a disciplining look or  purposeful white flight, the value associated to difference is the reason why there continues to be such large divisions.   Calling out whiteness for the role that it plays in ensuring that the hierarchy of bodies continues is not racist, it is simply holding whiteness accountable for the

undeserved privileges that it continues to live with everyday.  Unpack you knapsack and check your privilege at the door.  Barack may be president but I still cannot have a coffee with 3-4 of my black friends without drawing undue attention.