Boys Can Learn From Watching Xena

One of my favourite television shows of the nineties was Xena warrior princess.  I was known to practice my Xena warrior yell in the shower, which for the record drove the unhusband absolutely nuts.  I loved the idea of a woman breaking the traditional understanding of what a princess was supposed to mean.  The devotion between her and her sidekick Gabrielle was touching to watch.  Okay, I admit to having a girl crush on Gabrielle and it isn’t even Sunday Shame day. 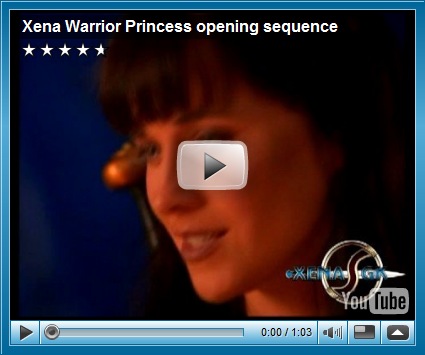 Recently Xena has been brought back.  As I settled down to watch it, I did not expect my boys to be interested in watching it, however she grabbed Destructions attention right away.  His first question regarded whether or not Xena was secretly a prince because “princesses just aren’t that tough”.  Despite all of the time I have spent deconstructing gender in our home, Destruction is still a binary thinker when it comes to gender roles.  Much of his way of thought has to do with the gender roles that are enforced in the education system and images that he has internalized from mainstream media.

It was not until we started watching Xena together that I really began to see how I could use this show as a teaching lesson.  Watching Xena, he could witness women being nurturing, yet still standing up for themselves.  It was an ever greater leap for him to see that women can be heroes instead of waiting for prince charming to sweep in and save the day.

Rarely are we presented with images in the mainstream media of women defying gender roles and when they appear, it is important to not only support them but to hold them up as examples of how the world could be ordered differently if we respected difference.  I will admit that much of the story line behind Xena is really bad Greek and Roman mythology, however a show that weekly stars a female protagonist that is not crying about her biological clock, or acting out the role of sex kitten for the male gaze is a rare commodity in our patriarchal world.

When I sat down intent on having a flashback to my “girl power days”, I did not expect to teach my child that the ways in which we construct gender necessarily exclude various people but that is exactly what happened.  As parents, daily we are afforded opportunities to teach and not all of them will be as obvious as Xena Warrior Princess, therefore we must be aware and take advantage of them quickly when they present themselves. Society is determined to indoctrinate ideas that are harmful and demeaning into our children and it is only through active engagement that we can have a hope of counteracting some of these lessons.

What other examples of media have you used to disrupt norms when talking to your child and how have they benefitted from it?  Also, if you don’t have  any children please feel free to share your experiences as a child or those of your friends.  I know I am not the only woman out there with memories of She-Ra. LOL 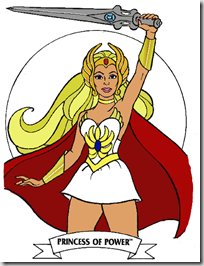