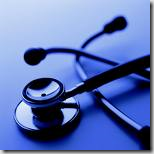 The United States has some of the world’s best hospitals, yet millions of U.S. citizens are unable to access their services, making their existence meaningless to large sections of the population. Many die each year due to a lack of insurance and the greatest cause of bankruptcy is unpaid medical bills. Looking from the outside, it is clear that the American Health care system is about profit, whereas the value of a single human life is priceless.

As a Canadian, I often find myself laughing at the mendacious tales of woe that the AMA and insurance companies put in their advertisements about our system. There is a reason Tommy Douglas, the creator of our healthcare system, was voted Greatest Canadian in 2004. We may be dissatisfied with long wait times in emergency rooms and doctors’ shortages in small towns, but no Canadian has died due to a lack of funds in the case of a medical illness since our system was created. Medical treatment is decided between a patient and a doctor and not some government bureaucracy, as is often stated in these misleading advertisements.

Simply showing proof of government coverage, e.g. an O.H.I.P card, allows Canadians access to hospitals, general practitioners, and specialists. I suffer from three chronic illnesses and I have never paid a single cent for the MRI’s, Cat Scans and various other medical procedures that my primary physician has deemed necessary for my care. I currently reside in a small town and therefore I must travel to a larger city for the majority of my care. While this is certainly an inconvenience, the government pays for my travel expenses and that of my spouse. We are also allowed a food allowance, depending on the duration of our time away from home. My physical therapist comes to my home for treatment weekly and this is once again co-ordinated with my primary care physician.

In Canada, it is understood that preventative care is often cheaper and leads to a better standard of life than waiting until the medical issue becomes serious and/or life-threatening. In the U.S., single-payer healthcare is often touted as mounting the slippery slope towards socialism. This rhetoric preys upon largely outdated Cold War fears and fails to acknowledge that the U.S. is already socialist to a small degree.