Dr. George Tiller was shot to death while attending church in Wichita, Kansas, on Sunday.  Though I have commented on other blogs, I have not made a statement here.  First, I would like to offer my sympathies to his family.  I cannot imagine the pain of losing a loved one to an act of violence.

The murder of Dr. Tiller was the first one of its kind in ten years.   It reminds us that the abortion debate is not closed and  that there are people who will stop at nothing to ensure that women loose the right to choose.  Many blog posts have been written about his murder from the point of view of reproductive rights and so I would like to focus on speech and the ability to incite violence. 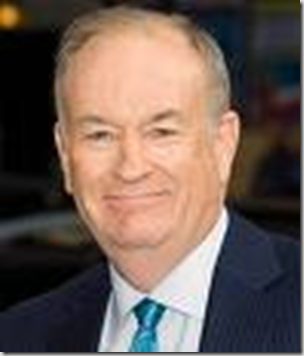 Whether he will admit it or not, O’Reilly has blood on his hands as surely as if he had pulled the trigger.  Salon has an article detailing his obsession with Tiller.

This is where it gets most troubling. O'Reilly's language describing Tiller, and accusing the state and its elites of complicity in his actions, could become extremely vivid. On June 12, 2007, he said, "Yes, I think we all know what this is. And if the state of Kansas doesn't stop this man, then anybody who prevents that from happening has blood on their hands as the governor does right now, Governor Sebelius."

As I commented over at Daisy Dead Heads, I have repeatedly spoken about why certain speech is dangerous only to be told that I am supporting censorship. People need to come to the realization that speech is not free; there is a very real cost and it is almost always paid by the most vulnerable members of society. When we allow the incitement of hatred or veiled threats of violence, it is only a matter of time until someone is murdered in cold blood. The O'Reillys of this world have much blood on their hands and it is only their refusal to own their various privileges that allows this to go unacknowledged.

Upon further thought, not only does good ole' Bill have responsibility but so does Fox News, because they continue to provide him with a platform to preach his virulent ideas. What he does is not journalism, it is demagoguery. Bill believes his hateful rhetoric, however FOX news enables it to spread throughout the society for profit.  It is clear that from looking at their roster of talent, O’Reilly, Hannity, Beck et al serve but one purpose – the incitement of bigotry for the purposes of profit.  There is nothing fair and balanced about bullying people into believing that only those committed to supporting the hegemony of rich, elite white males are worthy of respect and life.

As much as I despise Bill, one cannot help but be cognizant that he would still be a weatherman had FOX not given him an opportunity to enter the living rooms of millions to promote his vile stream of thoughts.  The executives that authorize Bills show, the producers, and advertisers all have some of Dr. Tillers blood on their hands today.  It will stain every dollar that they earn and yet they continue to be oblivious of their guilt, claiming that the left wing is exploiting Dr. Tillers death to gain political points.  A man lies dead today and it is pro life groups and their media pundits that have hastened his untimely end.

Speech is how we organize our social discourse and when we add this to the power that a man like Bill O’Reilly exists with, it has the ability to cause real damage or as in the case of Dr. Tiller death. It is simply impossible to deny that there is a link and therefore the right to be offensive does not lead to a free society.  Using veiled language to encourage those already existing in fringe groups to ferment in their hatred is the same as loading the weapon that shot Dr. Tiller.  As much as the right wing pro birth movement would like to pass this off as the act of a lone individual, each person that consumed shows like O’Reilly and or directly or indirectly supported his speech, participated in ending a life.  For people who believe in life, they certainly have actively worked to ensure that Dr. Tillers ended far too soon.