When I came across the following videos to say I was disturbed does not properly express the level of disgust that I experienced.  Please watch with a huge trigger warning. 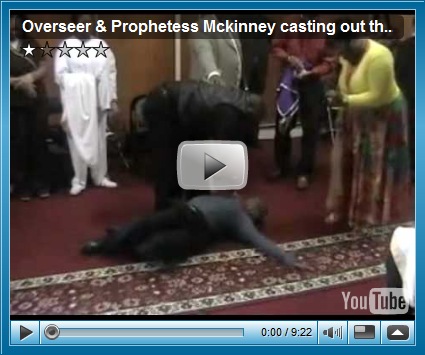 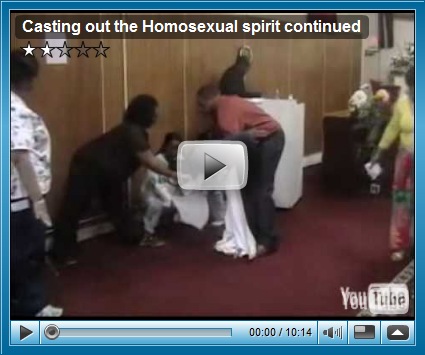 For over twenty minutes this young teen was assaulted as members of a church attempted to cast out so-called homosexual demons.

This is not Christianity in action; this is pure homophobia come to life.  Over the centuries many have used Christianity as a cover for their sins and The Manifested Glory Ministry of Hartford is not the first.  Even as they tried to excise what they deemed to be the devil it did not occur to these members that they were culpable for their own sins, as the bible tells us that there is not a person without sin; we are all born of original sin.

There is no “cure” for homosexuality because it is not a condition, nor an illness, it is simply one version of sexuality.  We have chosen to stigmatize it because it adds yet another layer to the social hierarchy that we have designed.  Using God or religion to hide hatred is cowardly. This Church may claim that its actions were based in concern for the moral soul of the child in question, however one cannot ignore how self servicing these actions ultimately are. A Church should be a place of sanctuary not a pulpit upon which humanity is demeaned. Power is what they sought when this exorcism began and power was what they expressed as they assaulted this teen.

I do not believe that one can consent to assault and therefore this matter should be investigated by the police.  If the teen in question is a minor then child protective services needs  to become involved.  No matter how we view this situation, this person is being hurt because for being who they are.  This is the essence of bigotry, hating someone without rhyme or reason simply because of difference; hating because tolerance would mean admitting that privilege is not the will of God but the construction of humanity.