Walter Currie Jr was doused with gasoline and then set on fire after a having an altercation earlier at school.  Poplar Bluff Deputy Police Chief Jeff Rolland stated:

“This confrontation led the suspect juvenile to douse the victim juvenile with a bottle of gasoline and then light  the gasoline, which caused the victim to be burned to his abdomen, chest and his neck area.”

has already formed an opinion as to the cause. Walter is a black youth and the assailant is white.  It is his father Walter Currie Sr.’s opinion that they will not receive justice in this terrible assault.  Deputy Police Chief Jeff Rolland  does not believe that race was a motivating factor in this case.

In every single interaction between POC and whites race will always be a factor.  No matter how long a friendship or relationship has lasted because we are all steeped in a white supremacist society, neither party will ever be able to forget how their bodies are understood by the larger social world.  Whiteness can afford to take the exchange for granted because in every situation they will exist with a power that a POC can never hope to wield. 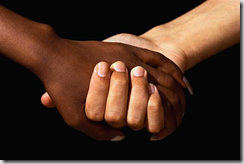 Even in cases where the relationship is a positive one for both parties, racial dynamics must constantly be negotiated.  As a woman who has been involved in an inter-racial relationship for many years, this is a fact that I can attest to personally.  When the interaction is negative, race becomes even more relevant in dissecting the dynamics of a relationship.

As a man of color, Walter Currie cannot afford to naively put aside the history of racial animosity in the US.  There have been far to many instances in which black men have been made to pay with their lives to maintain white hegemony.  What may seem like a case of personal dislike could very well be embedded with racial overtones.  Whiteness still demands a high level of deference from people of color and when we chose not to submit it has in many cases lead to violence.

At this point there is no way of knowing for sure what sparked this incident but given the history of race relations in the US we cannot afford to quickly exclude race as a motivating factor.  When simply driving your car in the “wrong” neighbourhood after sunset can lead to discipline, it is hard to believe that it is completely disconnected in this instance.