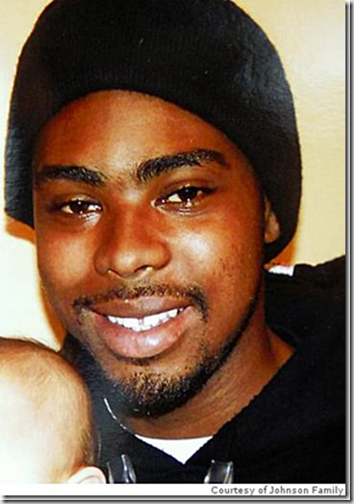 According to SF Gate:

"There's no doubt in my mind," Clay said at the close of the former officer's preliminary hearing in Oakland, "that Mr. Mehserle intended to shoot Oscar Grant with a gun and not a Taser."

While I am excited about the decision to move forward with a murder trial, it is laced with a great trepidation as socially the lives of Black men are often considered expendable.  Even if we are to believe Mehserle’s defence that he claimed to be reaching for a taser rather than his service resolver, why was this necessary when Grant was not resisting and was already in handcuffs?  Though the prosecutor did not bring race into the equation at the hearing its omission is quite telling.

Regardless of what police department you look at in North America, you will quickly discover that people of color have a history of such violent attacks by so-called officers of the law.  Whether male or female, a war was long ago declared and people of color are being harassed and in some cases murdered in cold blood.

Grants case is unique because there were many witnesses to his murder and it was captured on film, much to the disappointment of officers who gathered up as many cell phones as they could in an attempt to cover up the actions of Mershel.  Before Oscars body had even turned cold, the blue wall was quickly attempting to descend to take care of one of its own.  Clearly, these officers believed that Mershel’s freedom outweighed the justice system that they had sworn to serve.

It remains to be seen if there will be justice for Oscar Grant.  I cannot help but think in moments like these about the POC who were not lucky enough to have their assaults caught on film or watched by a multitude of witnesses.   How many lie in cells today nursing wounds from these so-called defenders of justice simply because of the color of their skin?  It is the nameless and faceless masses awaiting justice that we must worry for today.   Each time a new death murder occurs the Black community rallies to demand justice and yet there have been no systemic changes.  These murders are not the result of a single cop “gone bad,” they are the result of a system that long ago determined that Blackness is not deserving of the right to life, freedom and liberty.