For some women discovering that they are pregnant easily counts as one of the happiest days of their lives.  I talked  incessantly to my child in the womb. I could not wait to meet him and discover what kind of little person he would become.  Because birth is something that happens daily across the planet, we forget that it is fraught with complications until we find out to late that we are the statistics that doctors talk about and mothers weep sad tears for.

I almost lost both of my boys in labour.  Mayhem was born seven weeks premature.  When I was given the choice of risking a stroke or delivering him early, it was the most difficult decision of my life.  In those few hours the unhusband and I aged years.

When women are forced to abort at a late stage, it is often due to some sort of tragedy.  Though these abortions make up 1% of all abortions, they have become the focal point for the so-called “pro-life movement”.  Some women opt to have this procedure done from a position of love; choosing to abort rather than to allow a child that they have come to love to suffer needlessly.  The pro life movement dishonours these decisions and regularly presents it as a selfish whim on the part of mothers.  They have employed terrible tactics over the years to shame women into not trusting themselves or believing that they are capable of making a decision that is in the best interest of themselves or their unborn child. 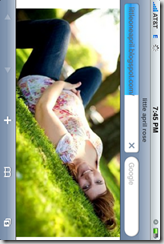 Most recently blogger Beccah Beushausen wrote heart breakingly about her pregnancy with a child that she had named April Rose.  Beushausen spoke of her faith in God as she carried on with a pregnancy that she knew was bound to end in tragedy.

Who among us could not sympathize with her terrible position.  As a mother of two beautiful healthy boys, I remember all to well the joy I felt with each kick, or jungle  gym activity on my bladder.  I remember the moment of  birth and the rush of love that defies words.

As the day of birth quickly approached, her readers joined her in prayer, hoping desperately for a miracle.  The faithful day finally arrived and Beushausen posted photos of her soon to be dead baby. This is when the story becomes absolutely horrific.  It seems that the baby Beushausen  claimed to have given birth to was none other than a Reborn Doll. When contacted by the Tribune regarding the alleged scam she stated, “I know what I did was wrong. I've been getting hate mail. I'm sorry because people were so emotionally involved."  Is it any wonder that people were upset?

The pro life movement constantly lies about stats, opens false clinics and generally shames women, but this is a new low even for them.  When discovered Beushausen quickly tried to erase all evidence of her mendacious behaviour.  She had to know that her attention seeking would have been damaging and yet today her only concern is the hate mail that she has been receiving.  I don’t even have the words to properly convey my disgust for her behaviour.  To those mothers that lived the story that she made up, my heart goes out to you. I know what it is to love a child but I cannot even begin to imagine what it is lose one.