Rob and Arnie Of Omaha Pick On A Trans Child. 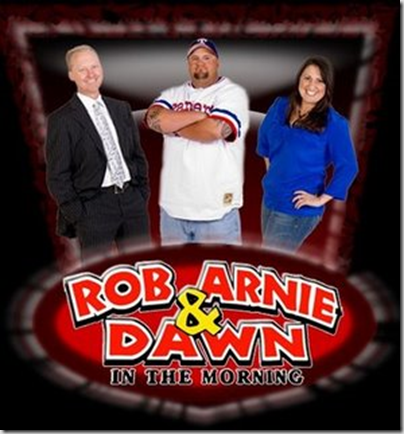 What can be more mature than two grown men who cannot deal with gender issues picking on a sweet little child.   Rob, Arnie & Dawn can be hear in Sacramento, California on KRXQ 98.5 FM and Reno, Nevada on KDOT 104.5 FM.

ROB WILLIAMS [11:12]: This is a weird person who is demanding attention. And when it’s a child, all it takes is a hug, maybe some tough love or anything in between. When your little boy said, ‘Mommy, I want to walk around in a dress.’ You tell them no cause that’s not what boys do. But that’s not what we’re doing in this culture.

ROB WILLIAMS [17:45]: Dawn, they are freaks. They are abnormal. Not because they’re girls trapped in boys bodies but because they have a mental disorder that needs to be somehow gotten out of them. That’s where therapy could help them.

ROB WILLIAMS [18:15]: Or because they were molested. You know a lot of times these transgenders were molested. And you need to work with them on that. The point is you don’t allow the behaviour. You cure the cause!

ARNIE STATES [29:22]: You know, my favourite part about hearing these stories about the kids in high school, who the entire high school caters around, lets the boy wear the dress. I look forward to when they go out into society and society beats them down. And they end up in therapy.

Here we have another example of hate speech masquerading as free speech.  These men are so determined to maintain the gender binary that they see no problem advocating violence against a child.  How exactly is throwing a show at a child who expresses a desire to live in a gender other than that which they were born “solve” the issue?  Maybe just maybe, the real problem is society’s intolerance with those that are gender variant.

Arnie goes as far as to state that he enjoys hearing stories in which trans people are subjected to violence. You have to be a real sick shit to enjoy someone being abused and it is my suggestion that he heads to therapy.  Of course people will claim that this all good fun, however language like this is exactly what is used to justify the murder of women like Angie Zapta.

The commentary of these two men is nothing more than cisgender privilege on crack. How someone chooses to express their gender identity is only a threat if you seek to preserve undeserved privilege.

You know what to do with the following: